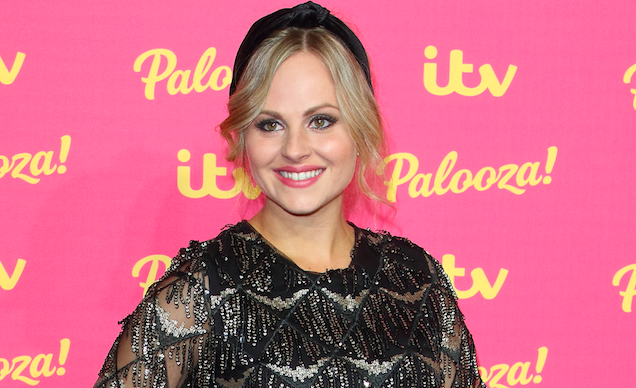 Tina O’Brien has signed a contract to stay another year on Coronation Street, reports say.

The actress, 36, is said to have been coaxed into playing her character Sarah-Louise Platt for another 12 months with a ‘big money’ deal.

According to The Sun, Tina has signed a huge deal to remain on the ITV soap until 2020 as bosses wanted to make sure she would be around for the 60th anniversary.

A source told the newspaper: “Tina’s definitely a favourite for viewers and bosses have big plans for her.”

The insider continued by saying how the departure of Lucy Fallon, who plays Sarah’s daughter Bethany, will affect the cobbles, adding: “It is a shame that Lucy is breaking up the family but she feels it is time to move on. Tina, however, is going nowhere.”

The source went on to say: “The executives are well-aware that they need some glamour in the show and Tina was offered a new deal at the earliest opportunity.”

Tina’s a definitely favourite for viewers and bosses have big plans for her.

Tina’s character Sarah has been involved in some huge storylines in her 20 years on the soap, most notably her teenage pregancy at 13.

Corrie celebrates its 60 year anniversary at the end of 2020 and there are plans to go all out for their big milestone .

Jack P Shepherd, aka David Platt, has speculated that another live episode will be part of proceedings, while Lorna Laidlaw has also expressed a desire for a live event.

Meanwhile, Mikey North – who plays Gary Windass – has teased that something “exciting” is in the pipeline.

He told Digital Spy: “The first one I did was the 50th anniversary. I was fine with that, I felt alright, probably the naivety of youth, but the last one [in 2015] I was bricking it, I really, really was, and I didn’t have much to do at all.”

While he remained tight-lipped on what will happen for the special landmark episode, Mikey did tease: “I spoke to [Coronation Street producer] Iain MacLeod a couple of weeks ago.

“I think he has got plans for the 60th and stuff which sounds really, really exciting, but obviously there’s a lot of stuff to happen before then, whether that happens or not I don’t know.”

A Coronation Street spokesperson told us they don’t comment on cast contracts.

Are you a fan of Tina O’Brien’s character Sarah Platt? Leave us a comment on our Facebook page @EntertainmentDailyFix and let us know what you think!