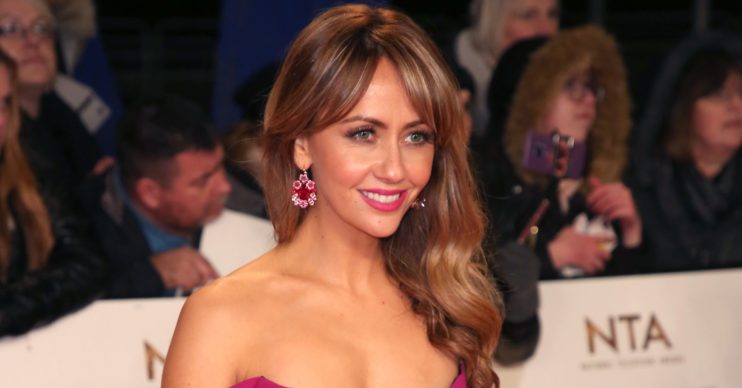 In the snap Samia can be seen with her husband, Dancing On Ice professional Sylvain Longchambon, her children Freya and Yves, and dog Ralph.

She captioned the post: “#VEday picnic… listening to 40s music on the radio, eating scotch eggs, drinking lemonade and telling the kids about how our grandparents were heroes.”

A second commented: “That’s a lovely picture of you all.”

At the moment, Samia is off work due to the coronavirus pandemic. But she has been keeping her social media followers up to date with her life in lockdown.

As well as homeschooling her children, Samia also revealed Sylvain did her hair for her.

She joked that although it went a ‘shade of minty green’ at first, he actually did a really good job!

What Coronation Street storylines is Maria involved in?

Currently, Maria is in a relationship with Gary Windass, but has no idea about his all of his past crimes.

As well as being responsible for the factory roof collapse that killed Rana, he killed loan shark Rick Neelan last year.

After Rick’s death, Gary took on his business and told everyone Rick had fled abroad. When Maria found out about Gary being a loan shark, she was furious and he stopped his dodgy business.

However, with Rick’s daughter Kelly now back on the Street, it’s become clear that Gary wants to help her as she goes through a tough time.

But will this cause an issue for him and Maria before their wedding?

He said: “Gary has done some dastardly things in his time. He still has a heart – so when Kelly turns up, he feels like he has caused this kid’s life to be ruined and his selfless gene kicks back in.

“But that arouses suspicions in his rivals – when they discover it’s Rick’s kid which precipitates an explosion for Sarah, Adam and Gary ahead of the wedding in summer.”