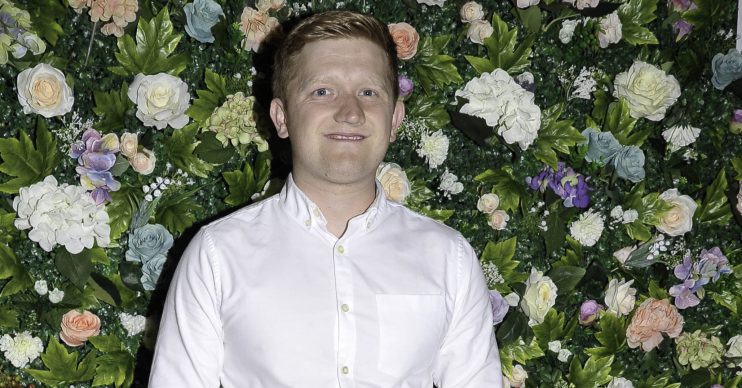 They took their dogs for the idyllic getaway

Sam Aston, who plays Chesney Brown in Coronation Street, has had a busy time on screen of late, so it’s little wonder he took some time out for a break away with his wife.

The actor married his other half Briony earlier this year, and the pair then went on a luxury honeymoon.

Since Sam’s been back at work he’s had a lot of dramatic scenes as his on-screen fiancée, Gemma Winter, has just given birth to his quads.

To make matters even more full-on, the birth scenes were filmed in a cable car in Wales!

Last weekend though, Sam took some well-deserved time out for a break with Briony and their gorgeous dogs in Scotland.

Sharing snaps of the trip to his Instagram page, Sam wrote: “Beautiful couple of days in Scotland making memories with [Briony].”

Beautiful couple of days in scotland making memories with @yoga_with_briony

As well as some shots of the couple together, and with their dogs, Sam’s pictures showed the beautiful views they’d seen on their getaway.

Fans were thrilled with the pictures, especially the scenery shots.

“Lovely views,” wrote many, with some questioning whereabouts in Scotland they were.

Others loved the dogs being included: “Your doggies are adorable,” said one.

Sam’s Highland adventures will pale in comparison to what his Corrie co-star – and mate – Andy Whyment could be about to go through.

Andy is set to be heading to the Australian jungle!

Although fans were disappointed when Andy – aka Kirk Sutherland – wasn’t announced in the line up for the new series of I’m A Celebrity…Get Me Out Of Here!, it’s since been revealed he will be a late entry.

He’s reportedly set to enter the camp with another mystery mate, but ITV has yet to confirm this.

Andy posted a picture from a local garden centre on the day the line up was announced – but was he merely throwing fans off the scent?