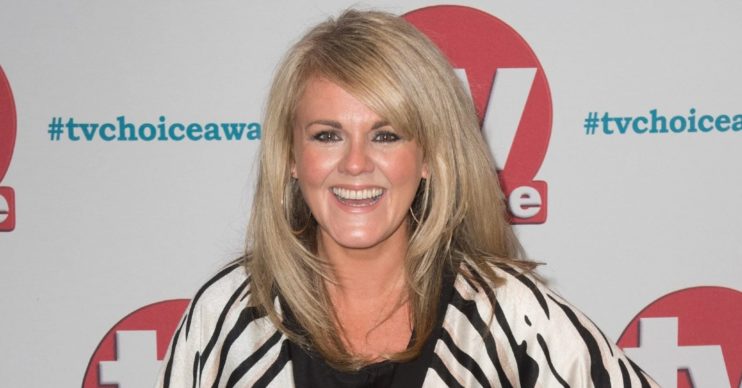 Will Sally Lindsay appear on ITV’s Queens of the Street?

Queens of the Street will air on ITV on Wednesday December 9 2020 – but will Sally Lindsay appear on the 60th anniversary special episode?

So will she be returning to the cobbles for the special documentary?

Will Sally Lindsay appear on Queens of the Street?

Sally Lindsay has confirmed she will appear on the Queens of the Street special to mark Coronation Street‘s 60th anniversary.

Last year, she announced she will return to the soap for a new documentary to mark the special milestone.

She’ll join other famous females who will take a look back at their time on the famous cobbles.

Actress Shelley discussed appearing on the show with some of her former co-stars.

She admitted the cast all had an “amazing time” filming the special.

Speaking to OK! magazine, she said: “I rang some of the girls doing it and asked them, ‘What do you think?’ and they were like, ‘Why not?’ It was an amazing time.”

What is Queens of the Street about?

It’s a special programme celebrating the women who have starred in Coronation Street over the years, marking 60 years since the very first episode aired in December 1960.

The programme features contributions from an array of the show’s leading ladies – past and present – including Julie Hesmondhalgh, Helen Worth, Alison King, Sue Nicholls, Sally Dynevor, Kate Ford, Dolly-Rose Campbell and Patti Clare.

Read more: Who is Julie Hesmondhalgh’s husband Ian Kershaw and do they have kids?

Who did Sally Lindsay play in Corrie?

The character had some of the show’s most memorable storylines.

Shelley was married to Peter Barlow at the same time he was married to someone else, and she was also subjected to domestic abuse by bullying builder Charlie Stubbs.

She eventually left in 2006 after discovering she was pregnant with evil Charlie’s baby following a one-night stand.

Does Sally have kids?

Sally has twin sons with her husband Steve White, a drummer who has worked extensively with Paul Weller and The Style Council.

Sally recently admitted they seem to have caught the acting bug after appearing in a take for a new drama she was shooting.

She said: “It’s normal for them. In fact, they did a take with me yesterday as the drama I was auditioning for featured a young boy.

“My agent was like, ‘That’s handy.’ The only problem is now they’re in it and want to know when they’re starting.

“On my last day of Still Open All Hours I took them around Pinewood and Louie decided he wants to be an actor.

“Steve and I don’t push them in any way, we just want them to be happy whatever they do.”

Will Sally Lindsay return to Coronation Street as Shelley Unwin?

Sally Lindsay recently gave Coronation Street fans hope that she will one day return to the ITV soap to reprise her role as popular character Shelley Unwin.

The actress hasn’t been seen in Weatherfield since 2006 when her character walked away from her abusive ex-Charlie Stubbs.

Pregnant with his child, she vowed never to let him “control” her again and told him he would have no part in the life of her unborn baby.

Viewers of the ITV soap were sad to see the fan favourite leave, but glad she got her happy ending.

Asked whether she would ever consider a return, she said: “Oh gosh, I’d never say never. I loved it – it was brilliant, it still is brilliant.”

Sally’s character Shelley was involved in a number of huge storylines during her time on the cobbles, including a bigamous marriage to Peter Barlow and her abusive one with builder Charlie – who even cheated on her with her own mother!

She later dumped Charlie at the altar, but had a one-night stand with him and got pregnant before leaving the cobbles.

Queens of the Street airs on Wednesday December 9 2020 at 9pm on ITV.