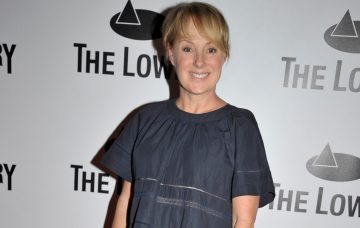 Sally is marking 10 years since her own diagnosis

Coronation Street star Sally Dynevor is trekking to Mount Everest Base Camp to mark 10 years since her breast cancer diagnosis.

The actress, who plays Sally Metcalfe on the ITV soap, is undertaking the challenge in support of her charity Prevent Breast Cancer.

Posting on her Virgin Money fundraising page, Sally explained: “On the 9th November 2019 I’ll be embarking on the Everest Base Camp Trek in aid of my charity, Prevent Breast Cancer.

“The timing of this trip is particularly significant as it marks the 10 year anniversary of my breast cancer diagnosis back in November 2009.

“My on screen character Sally Webster was struggling with a breast cancer diagnosis, which gave me the motivation to see my doctor. I was then diagnosed by the Consultant Breast Surgeon Lester Barr who is the founder of Prevent Breast Cancer.”

She went on to say she hadn’t undertaken the decision to embark on the trek to Base Camp lightly and she will be self-funding the expedition in order that all the money she raises can go to the charity.

The star has already smashed her fundraising target – aiming to make £1,255 and already having donations totalling £1,400.

She’s tweeted about her training – and joked she needs to do more of it!

Please support this amazing beautiful soul if you can 💛💛💛 https://t.co/sHiILbNtYI

please dig deep for our wonderful @sallydynevor beautiful human inside and out and now taking on a wonderful new experience for charity…
Everest Base Camp Trek 2019 https://t.co/HUXN5CoV6s

Sally was diagnosed with breast cancer in November 2009 when her character was also told she had the disease.

Sally took time off from the soap to undergo chemotherapy and radiotherapy and she beat it, returning to the cobbles in July 2010.

On-screen, Sally has just been released from prison following a false accusation of fraud.

She’s finding her feet back in the real world, but has fallen out with her sister Gina after she betrayed her and tried it on with Sally’s husband, Tim.

Have you ever done anything epic for charity? Leave us a comment on our Facebook page @EntertainmentDailyFix and let us know what you think!