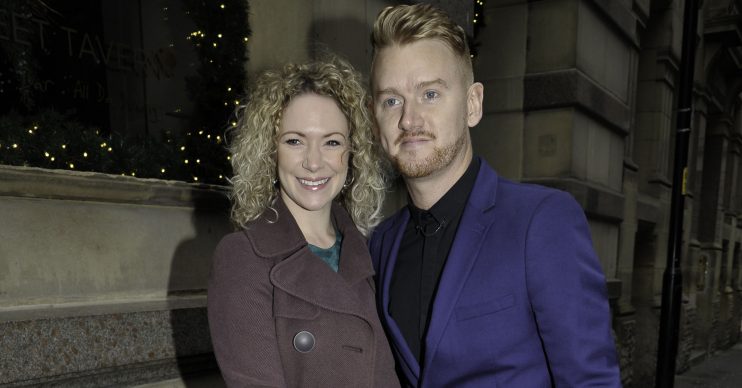 Coronation Street’s Mikey North reveals wife ‘tried it on’ with him while in labour!

She gave birth to their daughter in September

Mikey North, who plays Gary Windass in Coronation Street, says his wife “tried it on” with him while she was giving birth.

The star – who has played bad boy Gary for over a decade – and his wife Rachael welcomed their daughter Eliza into the world in September.

The 33-year-old actor has now joked his partner was “on another planet” after being induced 16 days past her due date.

How gorgeous is baby Eliza? 😍https://t.co/eTGoK79t4n

After she revealed she was “given gas and air, diamorphine and an epidural” as pain relief, Mikey teased: “She was on another planet and tried it on with me!

“I was like, ‘Rach, you’re in labour, it’s probably not the right time and that’s how we got in this mess in the first place!”

Rachael, 34, didn’t think his recollection was “quite true”, while Mikey – who also has two-year-old son Archie with his wife – admitted he was “the worst birthing partner”.

He told OK! magazine: “I was a nightmare, I’m the worst birthing partner in the world.

“I was just nervously pacing around the whole time and Rach shouted at me to sit down.

“Hats off to any woman that gives birth. I’m just thankful I don’t have to do it!”

She was on another planet and tried it on with me!

The loved-up couple are proud parents, but Rachael “absolutely” has ruled out having another child in the future.

She revealed a boy and girl is “just right” and they have “the perfect little family”.

Mikey agreed, and joked he has no idea how other parents can cope with three young children.