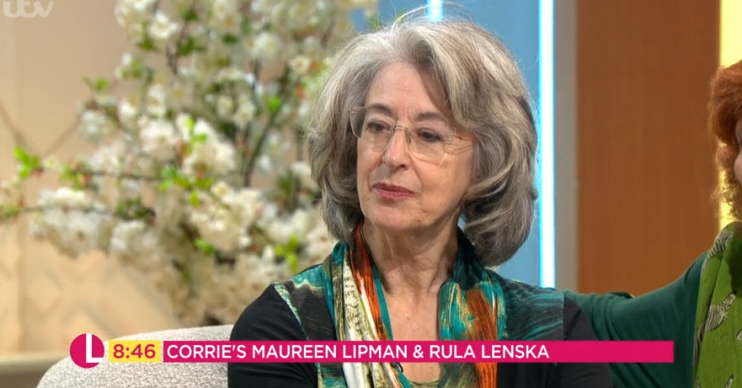 Maureen Lipman says being nominated for Best Newcomer for her role as Evelyn Plummer on Coronation Street after 52 years on screen is like “giving My Little Pony to Lester Piggott”.

The actress is up for the accolade, and Funniest Female, at the Inside Soap Awards for her role as cobbles battleaxe Evelyn Plummer, but joked it would be like someone giving 83-year-old retired pro jockey Lester Piggott a My Little Pony toy.

She said: “To be nominated as Best Newcomer after 52 years in the business is like giving My Little Pony to Lester Piggott isn’t it?

Maureen felt joining Corrie was like “coming home” because her late husband, Jack Rosenthal, wrote several episodes of the soap.

She said: “It’s kind of like coming home. Because Jack, my late husband, wrote episode 13.

“He told me that [Corrie creator] Tony Warren rang him up after the first episode and said, ‘What do you think?’ And he said, ‘Never mind you, what does your mother think?’

“I had just changed agents when I got this job and she said, ‘What would you think of this?’ And I said, ‘I’d feel great, let’s go for it.’ ”

Maureen is also enjoying starring opposite her pal Rula Lenska on Corrie, and the pair are hoping to land their own show together.

Speaking in a joint interview with Rula on Lorraine, she said: “We’ve got a bit coming up soon, which is the two of us. We haven’t had much together.”

Rula said: “We’re angling for a series together aren’t we?”

But Maureen joked: “Don’t be ridiculous.”