The 23-year-old actress is preparing to bow out of her Corrie role as Bethany early next year and admitted it's "scary" not knowing what the future holds, but she's not going to put any pressure on herself.

Asked what she has lined up, she said: "Nothing, absolutely nothing yet.

"It is really scary because obviously I don't know what's going to happen, I might never work again but I'm not putting too much pressure on myself, I'll see what happens."

But the actress knows what sort of projects she's going to be looking for.

It is really scary because obviously I don't know what's going to happen, I might never work again but I'm not putting too much pressure on myself, I'll see what happens.

Lucy has no idea yet how her alter-ego will leave Weatherfield, but she's hoping the door will be left open for a future return. 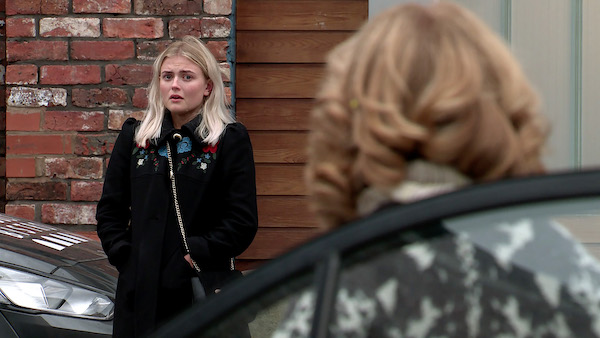 Lucy will be leaving Corrie next week (Credit: ITV)

Speaking at Nickelodeon's SlimeFest 2019 in Blackpool, she exclusively told BANG Showbiz: " [I don't film my last scenes] until the end of January.

"I don't know [my exit storyline], hopefully it's just sort of, I'll leave.

Asked if she wants the door to be left open, she added: "That would be nice but it's up to them.

"It was my decision (to leave) so I've just got to let them do what they want to do."