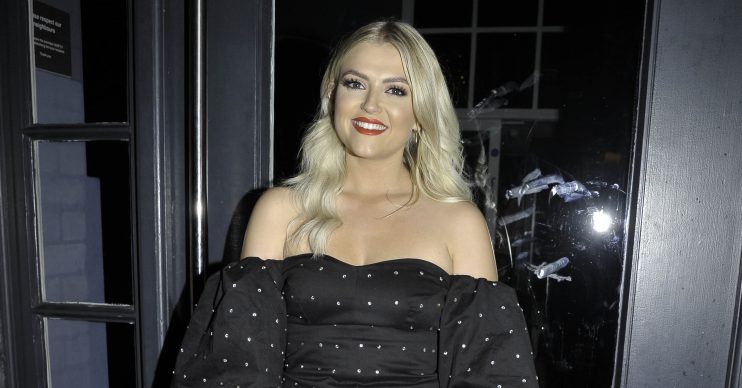 Lucy will be leaving the soap this year

Lucy Fallon, who plays Bethany Platt in Coronation Street, has revealed she’s filmed her final on-screen scene on the soap.

Although she has filmed the last scene viewers will see, she still has two more days left at work as the soap shoots out of sequence.

The actress confirmed the news on Twitter writing: “I filmed my last on screen @itvcorrie scene today. Only two more days filming left.”

Fans rushed to tweet Lucy back, wishing her luck.

One wrote: “Sorry you’re leaving, good luck in the future.”

A second tweeted: “We’ll miss you.”

Sally Ann Matthews, who plays Jenny Connor, wasn’t happy at the news though – she tweeted: “I refuse to believe this information.”

To which Lucy replied: “Don’t I’m so sad I’m gunna throw up.”

She posted a picture of her alter ego with Bethany’s clan when they filmed the camping holiday last year.

She captioned the picture: “Only two more days of filming left… a lil’ space in my heart for this lot forever.”

After being away from the cobbles for eight years, the troublesome teen ran away from Milan stealing Sarah’s money to return to England.

Sarah soon followed, furious at what her daughter had done.

During her five years on the show, Lucy’s character has been involved in some big storylines.

After being bullied at school, Bethany was groomed by older man Nathan Curtis, who led her to believe she was in a loving relationship, when he was really charging his friends to sleep with her.

After her abusers were jailed, Bethany was kidnapped by Kayla Clifton, the daughter of rapist Neil Clifton, who believed Bethany was a liar.

However Bethany’s friend Craig managed to prove to Kayla that her father Neil had been part of Bethany’s abuse.

Over the last several months, Bethany has started to fall for Daniel Osbourne, despite him being married to Sinead.

Daniel was left heartbroken after he learned Sinead’s cancer was terminal and ended up kissing Bethany in a grief-stricken state as Sinead lay dying.

After Sinead passed away, he kept his distance from Bethany, but recently they have been helping each other through tough times.

He is encouraging her to better herself and will even help her apply for a creative writing course next week, but will this be the reason Bethany leaves the cobbles?

Will you miss Bethany on Corrie?