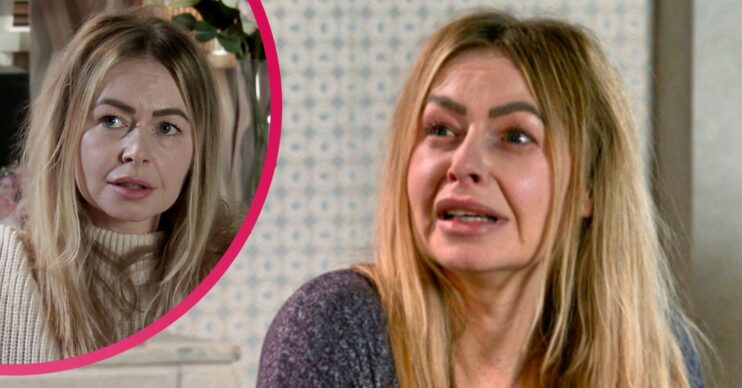 The actress has confirmed Laura's fate

The star revealed she has quit the soap yesterday and she has now spoke about her “emotionally-charged” death scenes.

Single mum Laura is suffering from terminal cancer and doesn’t have long left.

Viewers watched on Friday March 25 as Laura made a shock decision after learning Gary Windass had murdered her husband Rick.

And in a shocking move she kept his secret – and confessed to the murder herself in an attempt to ensure Gary would look after her daughter.

She is terminally ill and has just months to live – with the storyline leading to her death.

She said: “Oh my god, it’s emotional. I get emotional and start filling up just thinking about it.

“What a way to go. When they asked me to come back for this final storyline I couldn’t believe it, it was too good to turn down.

“As an actor to get your teeth stuck into something so heartbreaking, dramatic and even with humour thrown in is just incredible.

“It’s been three years in the running and people have been desperate for the truth to come out but I don’t think they were expecting that twist.

“Because of that twist the death scenes when they come are even more emotionally charged.”

And the star will miss her life on the cobbles.

Kel added: “For me it has been an incredible job playing a brilliant character and being part of a storyline that has really engaged the audience.

“The biggest thing I have taken from it is the relationships with the people there.

“Millie is incredible, such a talented actor and she is the daughter I never had.

“I knew Georgia before I joined as we trained together many years ago so it has been brilliant working with her again.

“Also I loved working with Samia, Charlie and Mikey, we are like one big family and I feel blessed to be part of that and I will never forget this experience.”