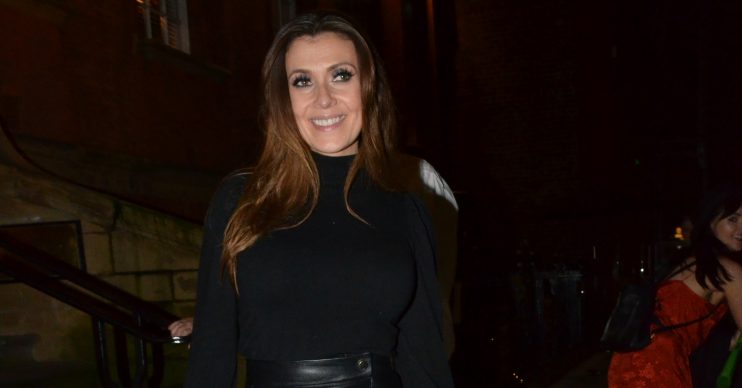 Kym Marsh has revealed she has no plans to stop acting as she signs up to present a new TV series.

She’s also claimed she will show she is “no shrinking violet” when she confronts “criminals” in her new show For Love or Money.

The Coronation Street star is bowing out of the ITV soap later this year after portraying Michelle Connor since 2006, and she has warned fans she takes a no-nonsense approach against “romance frauds” in the upcoming BBC investigative documentary.

She said: “So-called romance frauds are on the rise, and I’m delighted to be involved in a new week-long series for BBC Daytime called For Love or Money.

“I’m presenting it with the lovely BBC reporter Ashley John-Baptiste and we’re setting out to expose the criminals behind romance frauds.

“I felt quite heartbroken for the victims we spoke to. And as for the criminals, well, let’s just say I’m no shrinking violet when it comes to confrontations.

“One of the reasons I wanted to get involved is because I’ve had people pretending to be me in the past, trying to trick others.”

Super excited to announce the new project I will be co hosting for @bbcone ‘For Love or Money’ with the super talented and all round lovely guy @ashleyjbaptiste we will be investigating the growing problem of romance fraud, where unsuspecting online daters are scammed out of their life savings. It will air later this year!! My Hair and makeup @sallyrowemua My Styling by @martinealexander

While Kym is to co-host the doc, the cobbles favourite insists that doesn’t mean her acting days are over.

Writing in her OK! magazine column, she added: “It was great being given the chance to co-present a show like this but I won’t be giving up acting when I leave Corrie this year.

“In fact, I’m very much pursuing other roles.”

Kym and Ashley’s doc will examine the “sophisticated techniques” used by con artists.

The BBC recently said: “Each episode of the series will see Kym and Ashley look into one case, in the forensic style of a crime investigation.

“Their aim is to expose the sophisticated techniques fraudsters use to pull at an individual’s heartstrings, so they can empty their bank balance.

“They will find out how the criminals manage to appear so convincing, identify the real owners of the photos they’ve used to trick people into trusting them, unpick the other evidence they’ve supplied, and sometimes even make contact with the crooks themselves.”