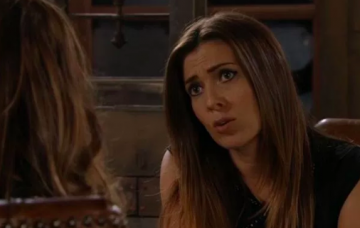 She will be leaving this year!

Kym Marsh is hopeful Coronation Street bosses will not kill off her character.

The 42-year-old star announced last month she is to depart the ITV soap, but has now hinted she will only be taking “a break” from the programme, and is optimistic the producers will not do away with her alter-ego Michelle Connor.

Quizzed on whether Michelle might get killed off, she replied: “Well, I hope not.”

When asked if she’ll definitely be back on the cobbles, she replied: “I’ve said I’m taking a break, so yeah. I think it’s just a break for me.

“Being there for 13 years without taking anytime away…”

Kym is grateful for her time on the cobbles, but is keen to try her hand at other projects when she departs Weatherfield.

She said: “It has flown by and I’ve had such a wonderful time on that show. I’ve learnt so much and I’ve made friends for live.

“But it’s time for me to take a little break. I just want to scratch a few itches.”

The former Hear’Say singer recently said one of the reasons for quitting the soap is to spend time with her daughter Emilie Cunliffe’s impending baby boy, and she is “really excited” about being a grandmother.

Speaking on ‘Loose Women’, she added: “It was a big shock for all of us when we found out she was pregnant, but we’re all so excited.

“She’s had a wonderful pregnancy. She’s not had any sickness, she’s sailed through it. She’s still working 40-hour weeks.

But Kym recently admitted she is not intending to swap the cobbles for reality TV shows.

Read More: Peter Andre issues warning after his identity is stolen to scam fans out of thousands

She wrote: “There were reports that I was going to appear in the next series of Strictly or I’m A Celeb … as wonderful as those shows are, I’m not leaving Corrie after thirteen years to do reality TV.