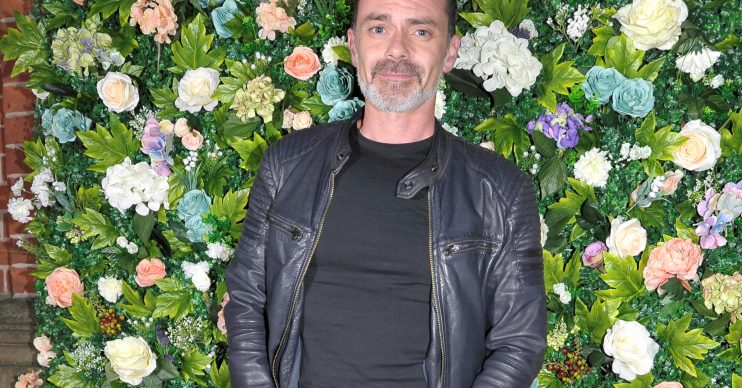 They hung out remotely

Coronation Street’s Daniel Brocklebank has opened ‘Dan’s bar’ during lockdown and invited two of his co-stars to join him.

Sue Cleaver (Eileen Grimshaw) and Julia Goulding (Shona Ramsay) both got in on the action on Sunday night.

Daniel shared a screenshot of the three of them enjoying drinks together – but of course at their separate homes.

The Coronation Street stars, like the rest of the country, are currently on lockdown to stop the spread of coronavirus.

The soap stopped filming last weekend and has cut the number of episodes it is broadcasting from six to just three a week.

But it hasn’t stopped Daniel hanging out with his closest friends via the wonders of modern technology.

Dans Bar was packed tonight!! Their names aren’t Dan but they were allowed in. (Digitally)
Thanks for your glorious company @Sue_Cleaver & @juliagoulding
❤️❤️❤️ pic.twitter.com/yuwQ5mUIrs

Sharing a shot of the three of them in their respective houses connecting to each other, Dan wrote: “Dan’s bar was packed tonight!!

“Their names aren’t Dan, but they were allowed in. (Digitally).”

Sue responded telling Daniel it was the “best night ever.”

Best night Ever. Still got a bit of Stilton and port from Mothers Day. Love u so much but don’t text till next weekend. I’m locking down consumption 😂 https://t.co/1GSizpfMTy

Get outta my pub!

Meanwhile, Daniel has joked he has been visiting Dan’s bar rather a lot since lockdown measures began last week.

He’s tweeted on several occasions that that’s where he’ll be if anyone needs him.

The Billy Mayhew actor also joked he has trouble chucking himself out at closing time!

I went to Dans Bar again last night. The trouble with running it & being the only patron is that I have to chuck myself out at closing time & I just can’t bring myself to do it.. I’m such a good customer..

But Daniel had better be careful, the World Health Organisation has advised against people turning to drink while they are self-isolating.

Yesterday, This Morning host Phillip Schofield posted a video of him drinking from a giant bottle of gin!

It seems in this dark times, it really is simple pleasures taking our mind off things.