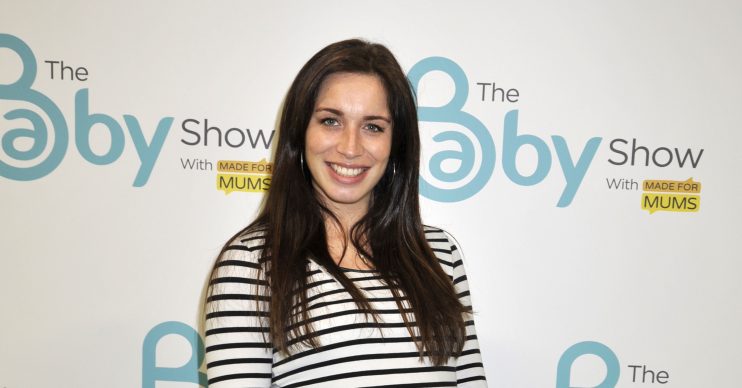 The actress announced the news today, sharing a photograph taken of her and Ben the day before their tot arrived.

She was then in the early stages of labour!

Thank you to the lovely couple in the park who took this picture for us: Taken as I was in early labour on my due date. The next day Ben and I welcomed our baby son into the world. Franklin Wolf Silver born on… https://t.co/1JHhAUczFv

She captioned the post: “Thank you to the lovely couple in the park who took this picture for us.

“Taken as I was in early labour on my due date. The next day Ben and I welcomed our baby son into the world.

“Franklin Wolf Silver born on 30/11/19. He’s changed our lives for the better in every way.

“I feel like I’ve known him my whole life.

Julia announced she was pregnant back in May and last month, Corrie actress Jane Danson, who plays Leanne Battersby, confirmed her co-star was on maternity leave.

Julia and Ben got married in front of Corrie pals in a secret ceremony at the beginning of the year.

Shona’s fiancé David Platt came out of prison and on the day he was released they got married.

But with Julia now taking a break from the soap, what does this mean for her character?

It looks as tpough the Platt family will get caught up in the drama between Derek Milligan and Gary Windass.

With a Winter Wonderland attraction set up in Weatherfield, Shona wants to make her husband’s birthday extra special after all that they have been through this year.

She arranges a treasure hunt with herself as the prize, but the clues lead David and his family to the Winter Wonderland – where Derek and his gun are heading.

Show boss Iain Macleod explained where he was taking the David and Shona plot to ED! at a press conference this week.