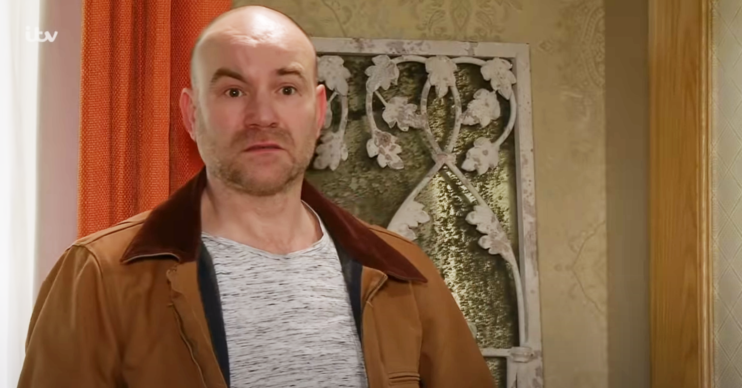 Coronation Street star Joe Duttine has hinted that the revelation about Tim’s mum being abused by Geoff could turn Tim against his dad.

Yasmeen is currently in prison facing an attempted murder charge after stabbing abusive Geoff in the neck. Whilst Tim, Faye and seemingly most of the other cobbles residents have taken his side, Geoff has been making Yasmeen out to be the abusive one.

However not everyone believes Geoff. Alya and Imran are definitely against the radio DJ. Meanwhile his daughter-in-law Sally and neighbours Eileen, Carla, and Roy all have their suspicions Geoff isn’t telling the truth.

It’s also started to become clear to viewers that Yasmeen isn’t the first woman the radio DJ has abused. Geoff was once married to Tim’s mum Tess, who he also claimed abused him.

Speaking to TV Times about his character Tim in this storyline, actor Joe Duttine said: “I think the more evidence that is stacked against Geoff from people Tim trusts, the more Tim might turn. [Tim] might be a bit gullible, but he’s not stupid.

“I don’t think Tim will necessarily side and sympathise with Yasmeen because he’s not really bothered about her.

“But if he finds out that his dad behaved like this with his mum, that’s a whole different story.

“I think he’ll distance himself from him, ultimately.”

Coronation Street: What’s next for Geoff?

In last night’s episode (Wednesday, June 17) Faye was furious when Geoff told her Sally wanted him out of the house.

Read More: Coronation Street fans turn on Faye as she geins to side with Geoff

In Friday’s episode (June 19), Alya tells Imran how she suspects Sally threw Geoff out because underneath she knows Yasmeen is innocent. Alya tells the solicitor that they need to try to get her on board.

Meanwhile, Faye is livid and begins to pack her rucksack, telling Sally and Tim she’s going to live with her grandad to show him support.

Tim’s furious with Sally, but Geoff feigns sympathy. Will Tim ever see his dad’s true colours?