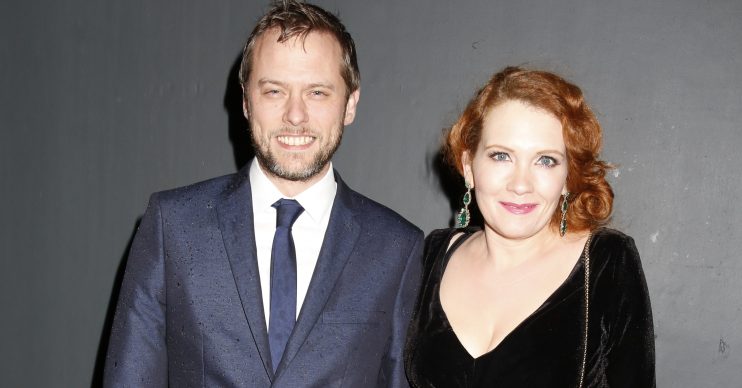 Jennie McAlpine, Coronation Street‘s Fiz Stape, and her husband Chris Farr have a weekly meeting to “coordinate” their schedules and plan child care.

The couple have two children together – four-year-old son Albert and 11-month-old daughter Hilda.

Now Jennie is back on the ITV soap as Fiz Stape she and her spouse have to ensure they know what is happening over the coming seven days with their kids.

Speaking to OK! magazine, she said: “Being a parent is flipping hard work and the juggling is crazy.

“Me and Chris have a meeting every Sunday night to coordinate the coming week and we have a family timetable stuck on our fridge.”

The 35-year-old actress admits the nine months she had off from Corrie to care for Hilda just flew by and that was made more apparent by the fact that her son Albert started school in September.

She said: “It’s gone so fast. I had nine months at home with her and then I was back to work.

“And I can’t believe I’ve got a boy at school. The responsibility feels huge. I didn’t have time for tears, though, as it was all such a rush.

“Let’s just say I didn’t quite look like the Duchess of Cambridge when she took Princess Charlotte on her first day! I can’t believe how much squashed banana I had down my top, in fact.

“But there’s nothing wrong with looking like you’ve been dragged through a hedge backwards!”

As well as her role on Corrie, Jennie and Chris also own Manchester restaurant Annies and she also added to her TV work by becoming the voice of the tannoy on the reboot of game show Supermarket Sweep, which is hosted by Rylan Clark-Neal on ITV2.

The redhead admits she has days when she struggles to juggle her work commitments with her responsibilities as a mother, just like a lot of other mums and dads, and she thinks that parents share a special camaraderie due to the pressures people without kids don’t understand.

Jennie returned to the Street earlier this month after her character spent a year away in Birmingham taking her troubled daughter Hope to a special school.

It’s been clear since she’s been back that Fiz has been hiding a secret and many believe she’s been having an affair.

It’s also become apparent that Hope’s behaviour is no better as she’s already set fire to the street and is stashing lighters in her doll’s head.

Some fans think she could turn out to be a serial killer like her dead dad, John Stape.