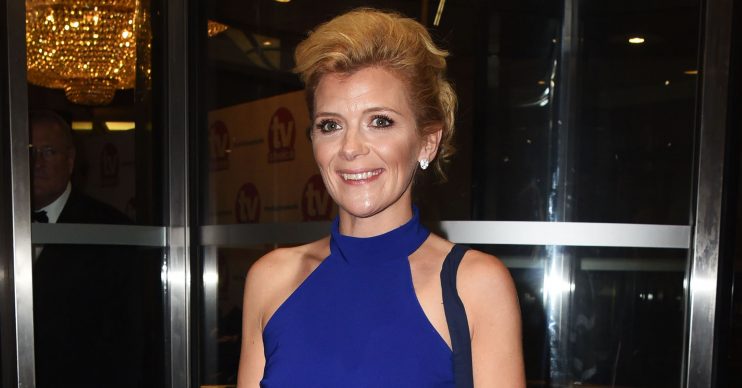 Look at that fringe!

Jane Danson has shared a throwback photo to her first headshot before she joined Coronation Street.

The actress, who has played Leanne Battersby on the cobbles on and off since 1997, posted the picture to her Instagram account.

“That fringe though,” said Charlie Condou, who played Marcus Dent until 2014.

Prior to starting on Corrie, Jane starred in ITV kids’ drama Children’s Ward where she played Paula from 1995 to 1997, but it seems this picture even pre-dates that!

Last year, Jane shared another throwback picture with co-star Georgia, which prompted a wave of nostalgia from her followers.

Things have been quiet for Leanne of late, but with her history on the Street, we’re sure it won’t be long before another huge storyline comes her way.

Last year Jane took time out to appear on Dancing On Ice.

She has been supporting her co-star Lisa George this year as she takes to the ice.

Jane even appeared in one of Lisa’s routines alongside fellow cobbles and Dancing On Ice alumni Antony Cotton.

She broke down in tears during the judges comments and John Barrowman and Ashley Banjo rushed to give her a hug.