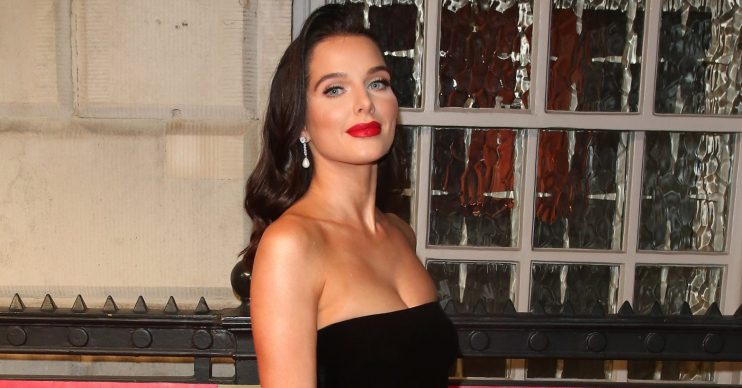 The couple got engaged in 2018

Helen Flanagan, who plays Rosie Webster in Coronation Street, has revealed she and fiancé Scott Sinclair have decided to push back their wedding.

In an Interview with Express.co.uk at The Sun Military Awards 2020 last night (Thursday February 6), the actress explained she’s putting her wedding plans on hold as her little sister is getting married next year.

She said: “Me and Scott have been together for 10 years, since forever.

“I know this sounds weird but because we’ve got children and been together for so long, we already feel like we’re married.

“We were going to get married this year but my little sister is getting married next summer, so maybe next year.”

The couple have two daughters together, four-year-old Matilda and Delilah, who’s one

Scott proposed to Helen at a Disney park in 2018 when Helen was pregnant with their youngest daughter.

The three actresses were accompanied by their children.

Beautiful day with my girls and our babies ❤️❤️❤️

Helen brought along her two girls, Brooke brought her baby son Mexx, and Sally’s 16-year-old daughter Hattie was also with them.

Sally has two other children, actress Phoebe Dynevor and son Sam, who recently graduated from university.

Helen, Brooke and Sally have worked together for years on the cobbles.

Helen has been part of Coronation Street since 2000, when she took over the role of Rosie from previous actress Emma Collinge.

Helen left the soap in 2012 but returned to the cobbles in 2017. She left again the following year.

There are currently no plans to bring Rosie back to Weatherfield.

Brooke joined Corrie in 2004, but is currently on maternity leave, meanwhile her alter ego is travelling.

Would you like to see Helen and Brooke return to the soap?