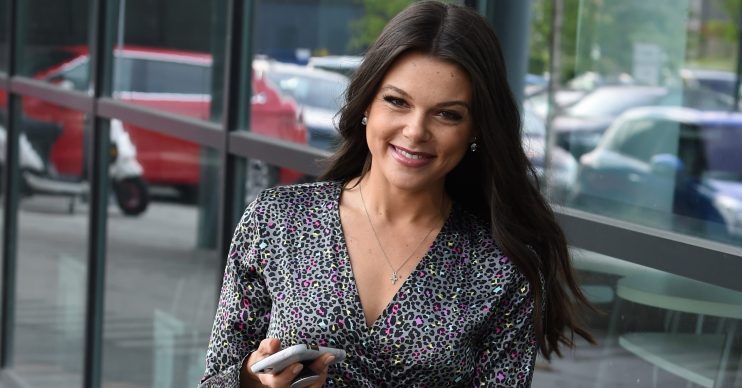 It's a U-turn from playing Kate Connor...

Actress Faye Brookes has shared exciting news with her fans – her first role after leaving the famous cobbled streets of Coronation Street behind.

Faye, who plays Kate Connor, will be leaving the ITV soap in the coming weeks, but it won’t be long before she’ll be performing again.

On Tuesday (June 11), the 31-year-old revealed she’ll be appearing in panto as Snow White.

Faye will be starring opposite Birds of a Feather actress Lesley Joseph – wicked witch, natch – and Joe McElderry as The Spirit in the Mirror.

Fans were quick to congratulate her, with one responding: “Snow White never looked so beautiful 💞💞 You’re going to be amazing.”

Another said: “Oh my god you look so sweet 😭 Congratulations Faye, you’ll smash it!”

Faye is expected to leave Coronation Street in September, with the door being left open for her to come back.

She recently told The Sun that she was hoping to return to musical theatre.

She said: “I’m really grateful to Corrie to leave it open-ended, because it means I could come back. But I might go on to do more television.

“Who knows if I could go back to my old roots of theatre. I miss live musical theatre, I miss singing, I miss dancing. I really am excited about what could come next.”

Before starring in Corrie, Faye was known for her work in the theatre and starred in Grease, Shrek and Legally Blonde.

She announced she was leaving the ITV soap earlier this year.

Faye explained: “Thanks to everyone for your amazing support but, after four fabulous years in Weatherfield, it’s time for me to explore new opportunities.

Faye’s character Kate has had an eventful and sometimes painful time on Coronation Street, losing brother Aidan to suicide last year, and her fiancée Rana in the tragic factory roof collapse.

Would you go to see Faye in panto? Leave us a comment on our Facebook page @EntertainmentDailyFix and let us know what you think!