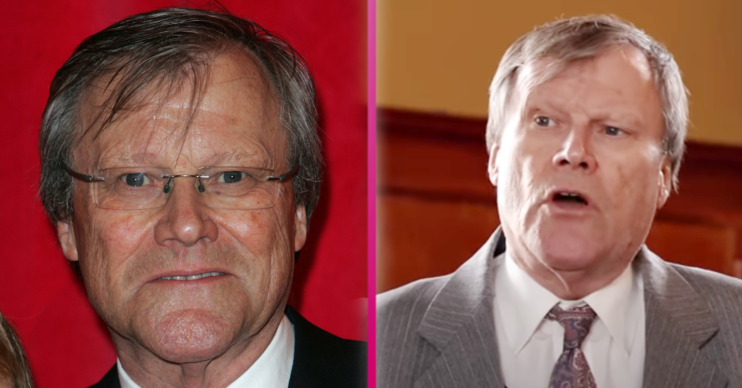 David first joined the soap in 1995 and the character Roy has become one of the most beloved on the show.

However David explained his alter ego was nearly different.

Speaking to The Mirror, he said: “When I read the script I thought: ‘This guy’s great, I wouldn’t mind five years of this.’ I wanted comfort and stability, so I thought strategically.

“There was a lot of intrigue about Roy. He was a bit of a stalker and a drinker and stood too close to people, but these sort of characters don’t stay that long.”

It was a woman named Jane, who is a special needs teacher, who suggested he make Roy socially awkward rather than menacing.

David continued: “She said he might have Asperger’s syndrome and just not get it. I thought that was interesting, rather than him be the latest weirdo and sex pest.

“There was something abut him that was kind of endearing, so it was a case of emphasising that he was daft, rather than dangerous.

It has never been mentioned if Roy has a condition, but David prefers it that way.

He added: “It’s just a label isn’t it? My eldest brother would have been called special needs nowadays. It’s very handy to put somebody in a box, but it doesn’t do anything for that person.

Eventually he went on to marry Hayley. Viewers were left heartbroken when Hayley died in 2014.

In recent months, fans got to know more about Roy’s background when he discovered he had a half-brother Richard and a niece, Nina.

After Richard died, Nina came to live with Roy. They also invited Shona Platt to come live with them after she was released from a rehabilitation centre for memory loss.

Coronation Street airs on Monday, Wednesday and Friday at 7.30pm on ITV.