Sinead Tinker and Daniel Osbourne have been together just over two years in Coronation Street, but they've been through such a lot already.

An affair, a terminated pregnancy, another pregnancy, a wedding and a cancer diagnosis have really put them through the ringer.

Here's a look at the history of their relationship so far.

How did Sinead and Daniel meet?

After hours in the factory soon turned into something more (Credit: ITV)

Sinead (Katie McGlynn) had been in a relationship with Chesney Brown (Sam Aston) for four years when Daniel (Rob Mallard) came on the scene.

A minibus crash left Sinead paralysed and as she got back on her feet, her body confidence was knocked, leading factory boss Aidan Connor (Shayne Ward) to suggest she do some modelling.

Ches met the idea with scorn and after Sinead kissed Aidan, the cracks in their romance were apparent. She found she was bored with domestic life and wanted something new and exciting.

When she met Daniel the attraction was immediate. They began flirting and when she was working late at the factory one night, he came in to revise, and the sexual tension almost boiled over.

A misunderstanding saw them fall out, but when he came to the factory to apologise, they slept together in Underworld's store room. Classy.

Spiteful Adam Barlow (Sam Robertson), Daniel's nephew, found out and told Chesney, who was devastated. But it was Sinead who ended their relationship, wanting to make a go of things with Daniel.

Furious Chesney kicked her out and that sped things up between Sinead and Daniel no end as she was left with nowhere to live, so they moved in together.

Read more: Coronation Street's Nick and Leanne: The history of their relationship

When did Sinead fall pregnant with Daniel's baby?

Ken's words caused Sinead to have an abortion (Credit: ITV)

If moving in together was record speed, it was only a month later that Sinead found out she was pregnant. Despite his initial belief the baby must be Chesney's Sinead knew the dates meant Daniel was the father.

Sinead and Daniel initially agreed to have a termination, but later decided to keep the baby and Daniel turned down his place to do a Masters at Oxford University, leaving pushy father Ken desperately disappointed.

Ken turned on Sinead and encouraged her to have an abortion. She did, but told Daniel she had had a miscarriage.

Why did Sinead and Daniel split up?

Daniel was so distraught when he learned the truth, he pushed his dad down the stairs (Credit: ITV)

The truth about the termination came out when Sinead felt unwell and Daniel called a doctor, forcing her to admit she had an abortion. Distraught Daniel ended their relationship.

He then turned his attention to punishing his dad and pushed Ken down the stairs in revenge.

Despite them beginning to rekindle things, when Sinead found out what Daniel had done, she decided she couldn't be with him, even though Ken refused to tell the police the truth, feeling guilty for abandoning Daniel as a child.

Sinead reconciled with Ches, they got engaged, and he started trying to turn her against Daniel, making up scenarios such as food poisoning supposedly caused by Daniel.

But this time it was Chesney who couldn't live a lie and he told Sinead on their wedding day he didn't love her and was just marrying her to be a mum to his son, Joseph, and he was ending it as he couldn't bear the thought of his little boy losing a second mother.

When did Sinead and Daniel get back together? 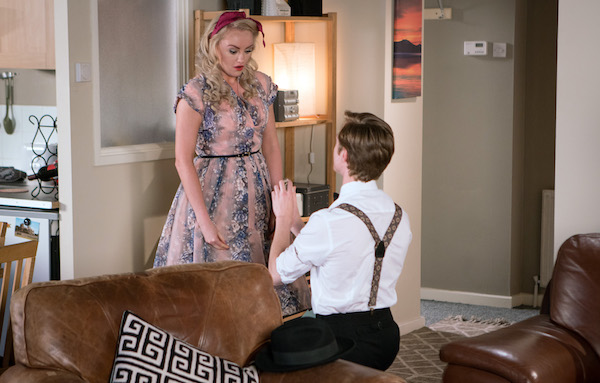 Sinead seduced Daniel in just her lingerie and they reunited.

Daniel proposed in June 2018 and by August Sinead revealed she was once again pregnant.

As they looked forward to the 12 week scan, Sinead began bleeding and although she was told the baby was fine at the hospital, she was then informed they'd found a lump on her cervix and she would need a biopsy as she might have cervical cancer.

Terrified Sinead decided to hide the truth from Daniel.

In October 2018, Daniel surprised her with a pagan wedding ceremony in the Victoria Street Community Garden. But Sinead had been for the biopsy earlier that day and was distracted worrying about the results.

Did Sinead have cancer? 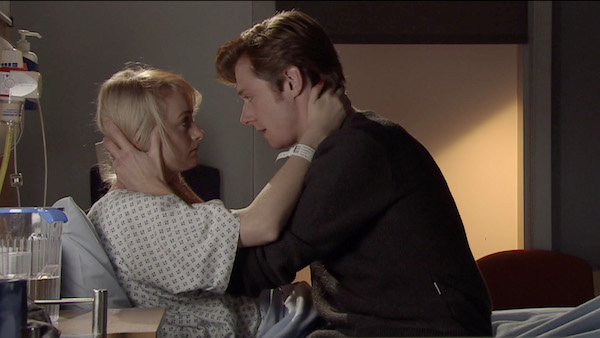 Sinead and Daniel vowed to fight it together - until she began lying to him again (Credit: ITV)

A week after the wedding Ken discovered his new daughter-in-law at the hospital and Sinead broke down telling him she had cancer.

She demanded he keep it a secret not wanting Daniel to choose between her life and that of their unborn baby's.

When Sinead later collapsed in the Rovers and was rushed to hospital, Daniel found out the truth and was distraught it had been kept from him.

Sinead refused radiotherapy as it meant terminating the pregnancy, but she agreed to a mild form of chemotherapy until the baby was born. However after one round she decided to stop - and lied to Daniel that she was still going.

She started alternative treatment, encouraged to go down a holistic path by her new friend Steff. But Sinead was left horrified when Steff died and the mum-to-be realised how silly she'd been to stop treatment. Daniel was furious that she'd lied to him.

When did Sinead give birth to Bertie? 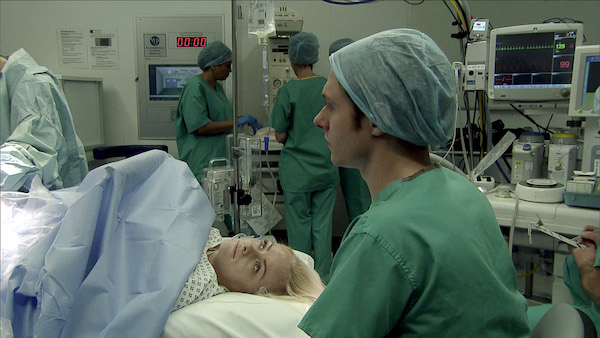 It was touch and go when Sinead gave birth (Credit: ITV)

Sinead began treatment, but received the distressing news in January 2019 that her cancer had spread and she needed radiotherapy urgently.

She was induced and gave birth to a baby boy that same day, but being so little, he was taken to the special baby care.

Sinead, meanwhile, lost consciousness and was rushed to surgery.

The tiny tot was then diagnosed with a bowel condition, which Daniel decided to keep from a weak and vulnerable Sinead.

With Sinead unable to see the baby, who they named Bertie after Ken's first wife's uncle, Albert Tatlock, Daniel set up video calls between mother and son, and was furious when Ken arrived to see Bertie, insisting no one else should see him before Sinead did.

But kind-hearted Sinead insisted it was fine for Ken to see his grandson.

Sinead was eventually taken to see her son and the joy overwhelmed her. 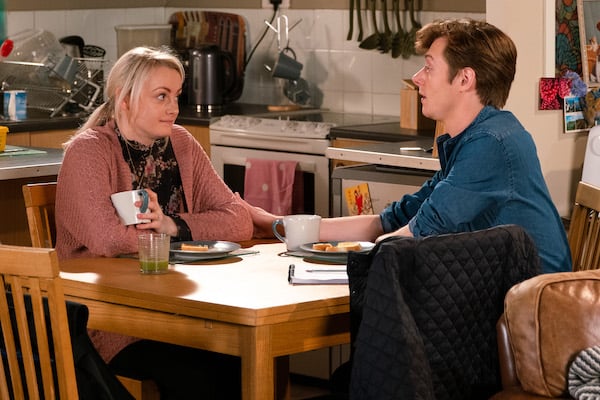 Sinead has finished her treatment, but has she won her cancer battle? (Credit: ITV)

With Sinead continuing her treatment and Bertie thriving, the battle continues.

The couple finally brought Bertie home from hospital on March 31, and Sinead is due to finish her treatment on Wednesday April 10, but the future is unclear for the Osbourne-Tinkers.

Will they finally get to be the new - and happy - little family they both crave so much?

Read more: Coronation Street's Tracy and Steve: The history of their relationship

Do you think Sinead and Daniel are a match made in heaven? Leave us a comment on our Facebook page @EntertainmentDailyFix and let us know what you think! 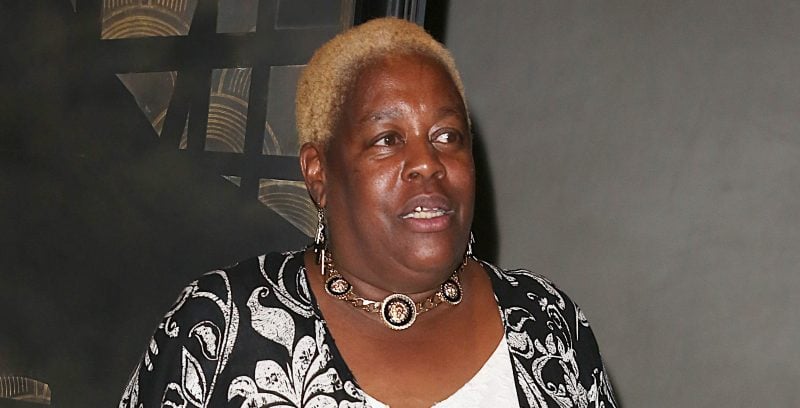 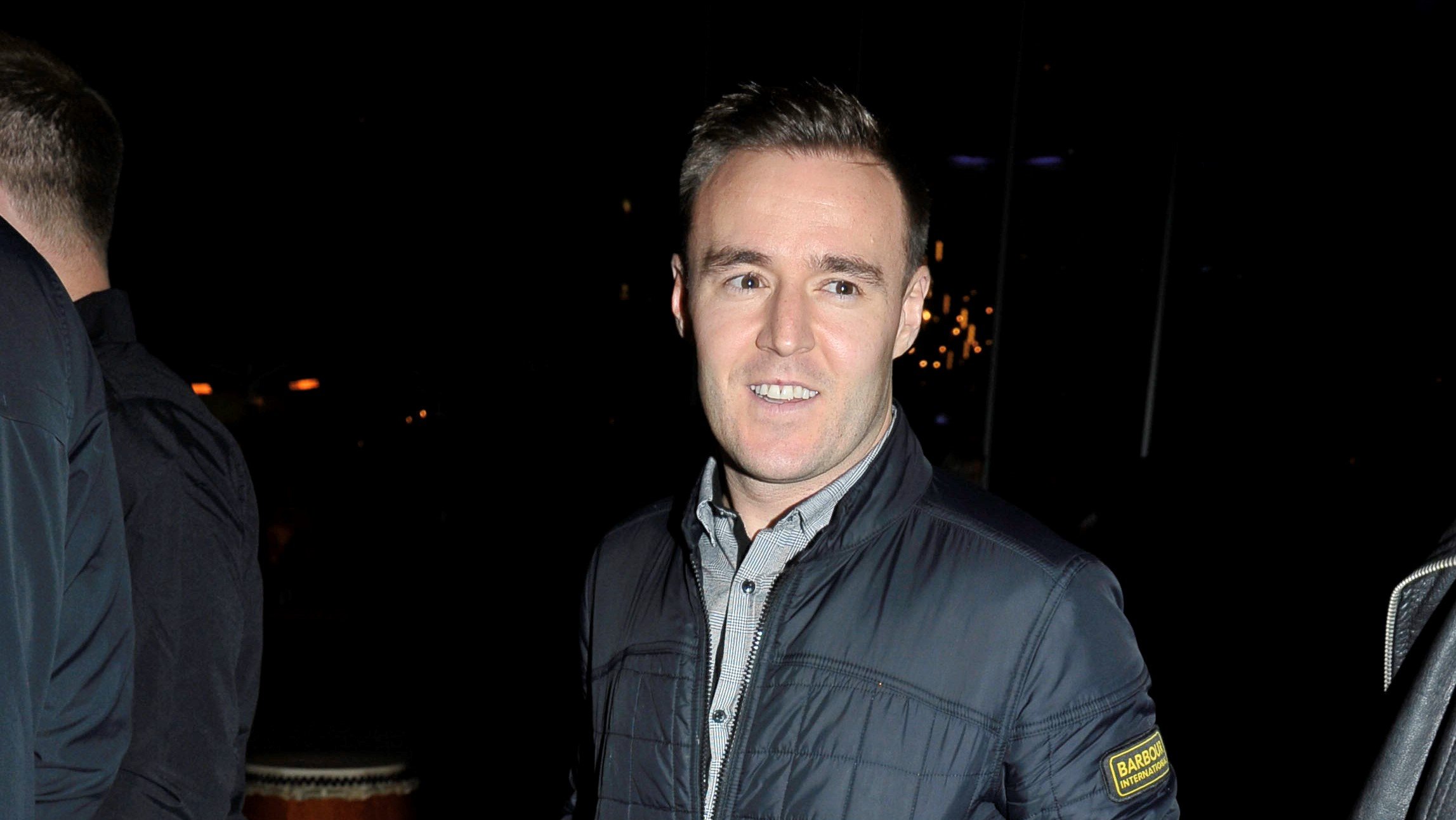 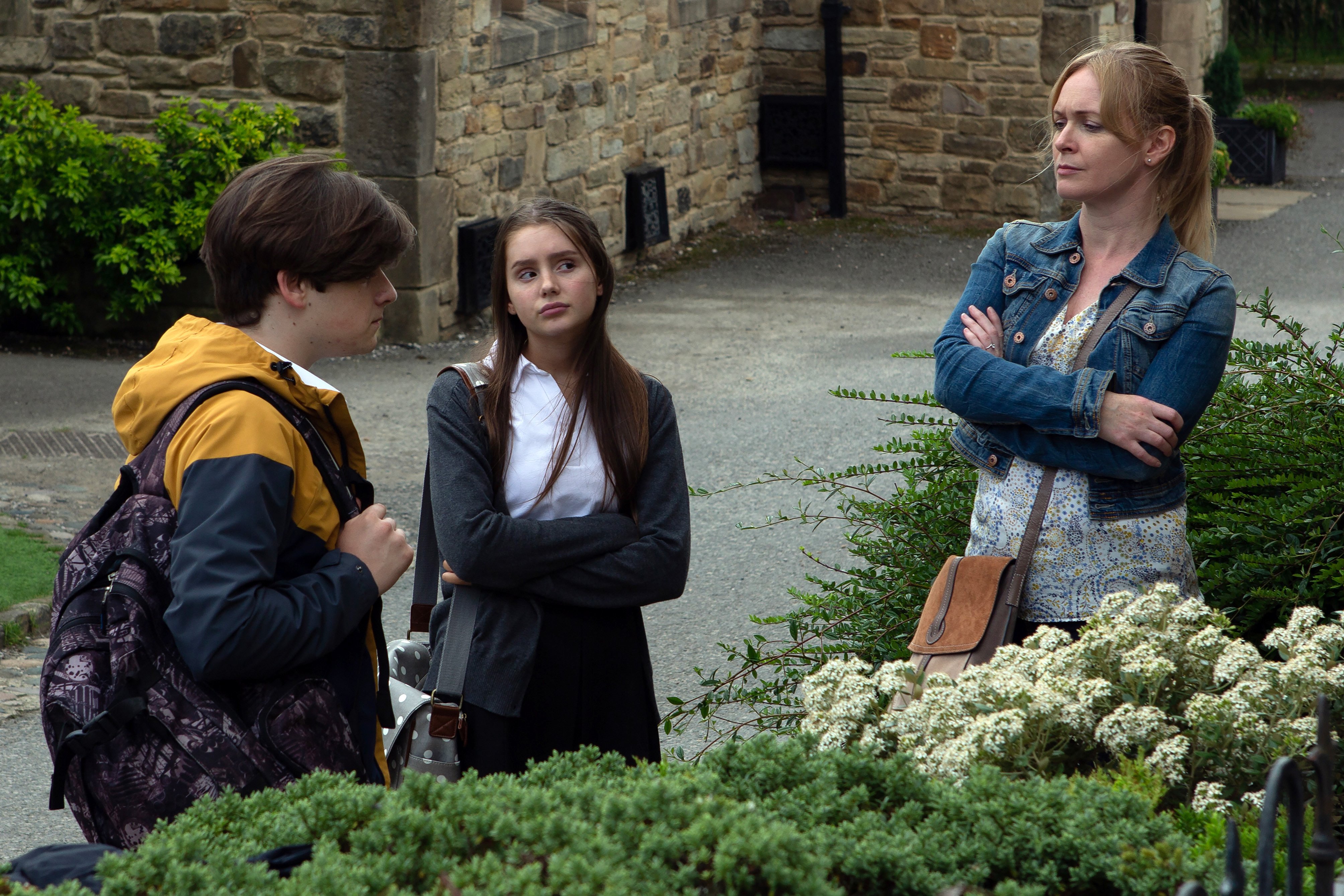