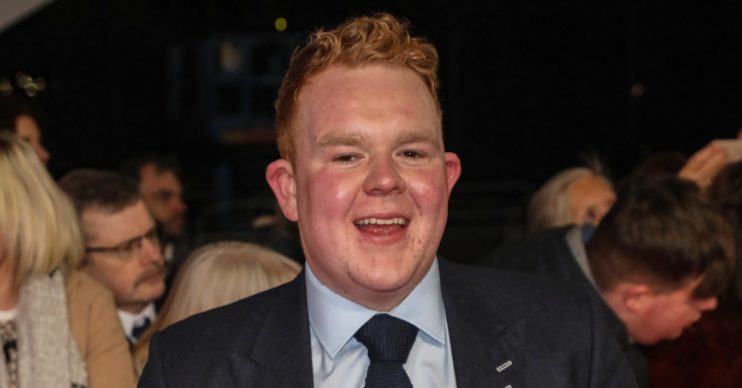 The actor went on to complete a half marathon

Soap favourite Colson Smith was forced to take a breather with a bag of sweets after taking part in his own personal half marathon.

Following the lengthy trek, Colson revealed he’d stopped off at a local Starbucks for a well-deserved break.

Sharing a snap outside the coffee chain, Colson detailed his impressive fitness feat.

He concluded the post, saying: “Starbucks and a bag of sweets to recover.”

Upon returning from his run, Colson shared a snap of his post workout meal – a hearty bowl of Ox cheek ragu pasta.

The Craig Tinker actor has wowed fans with his dramatic weight loss in recent months.

Despite confessing he had dropped a stone and a half in 2019 following a holiday illness, it’s Colson’s fitness regime that has kept the weight off.

He took part in a Sport Relief celebrity rowing race in March and told What’s On TV: “Rowing is a way of keeping fit I’ve never thought of – it might be my new hobby!”

Meanwhile, he also told Lorraine Kelly he has nutritious food delivered to his home and is trying to exercise as much as possible.

The actor said: “It’s all about keeping motivated, trying to achieve something every day.

“I have my breakfasts and lunches delivered.

“In terms of the gym, I kept in touch with the gym I go to in Manchester as they are putting programmes online. I’ve also done the odd Joe Wicks PE session.”

Colson went on: “It’s making the most of the situation. Plenty of runs. Trying to do as much at home as possible.”

Colson back to work

The actor has now returned to Corrie, after filming was halted due to lockdown for twelve weeks.

He said on Coronation Street’s Good News video series that the make-up team will have to adjust to cast members’ new post-lockdown looks.

He explained: “Our make-up department at Corrie are fantastic and they are working really hard on joining the dots on the way people look before and after lockdown.

“For the more extreme cases, our scriptwriters are adding in bits to the script where people comment on other people’s new looks. So yeah, I’m hoping that someone’s gonna say something about my hair.