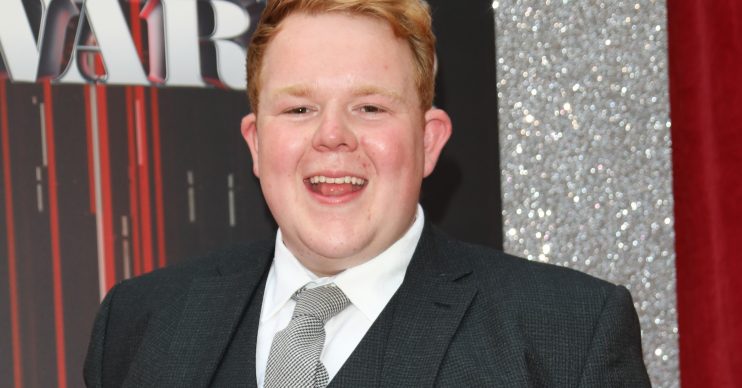 It 'made his day'

Coronation Street’s Colson Smith was overjoyed as he was mentioned on The Chase in a question during last night’s episode (Tuesday, March 24).

In a video which had “day made” written on it, he had The Chase on his TV and said to fans: “Listen. Not this one. Listen.”

In the episode during the final chase, Bradley asked the contestants: “Craig Tinker is a character in what long-running ITV soap?”

The question was the last one and as Bradley revealed they got the answer correct just before the timer, Colson yelled: “Just in time! There we go, thank you. Well done Pat! Well done.”

He later posted a picture which said: “My day peaked at being a question on The Chase, what about you?”

He decided to post the video to his Instagram page where his fans and co-stars shared their excitement.

My day peaked at being a question on The Chase.

One fan wrote: “You know you have made it when you are a question on The Chase.”

Colson’s day, like most of the British public, was spent at home in isolation due to the coronavirus pandemic.

On Sunday (March 22) it was announced that Coronation Street and Emmerdale would no longer be filming to protect cast and crew.

Last week it was revealed Corrie would be cutting it’s weekly episodes from six to three as of Monday, March 30.

Coronation Street will continue to air Mondays, Wednesdays and Fridays. However instead of two episodes a night, only one will ir at 7.30pm.

The next episode of Coronation Street airs tonight at 7.30pm, followed by another episode at 8.30pm.

Has your work been closed? Leave us a comment on our Facebook page @EntertainmentDailyFix and join the conversation