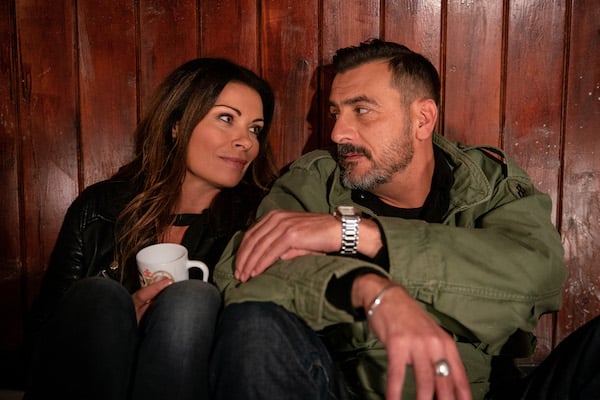 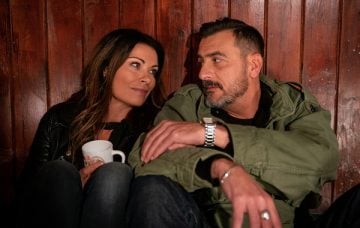 The couple are set to be tested more than ever before

Coronation Street fans might not want to get too comfortable about Carla Connor and Peter Barlow’s happy lives – as things are about to hit the rocks.

The couple have had their fair share of ups and downs over the years.

They have both cheated on each other, both had drinking problems and both left the cobbles entirely.

Read more: Corrie’s Gary has made a fatal mistake that will send him to prison

Eventually Peter found her and saved her and with medical intervention Carla recovered and the pair are happy again.

But now things will change – and it’s not looking good for them.

Peter actor Chris Gascoyne has revealed that after months of stability and happiness the couple will be thrown up against things.

And it could mean they split.

Our @ColsonSmith brings #CorrieGoodNews to a close in this final 10th episode the only way he knows how, by celebrating you!

AND with more celeb guests than he can shake a stick at, this is our most brilliantly bonkers episode yet!#Corrie #KeepCalmAndCorrieOn @itv @WeAreSTV pic.twitter.com/u6Xq9yIe5N

Speaking on Corrie’s Good News, Chris said: “I think they’ve been getting on incredibly well for a long time now.

“And of course you know in Coronation Street you can’t get on too long, too well.

“So I do know that there is something coming up that does actually upset the relationship in a big way.”

And for fans wondering if the mystery woman Chelsey has anything to do with the bump in the road – Chris has ruled it out.

He added: “And I am not talking about this storyline that I think you’re going to see next week.

“We have got somewhere to move to but I think it might be a long and quite difficult road that Carla and Peter are travelling.”

Carla WILL become Queen of the Cobbles again

Corrie boss Ian Macleod has insisted that Carla will return to her rightful place at the top of the cobbles.

He said: “First we all felt that we wanted to see Carla regain her status as queen of the cobbles.

But will she lose Peter in the process?