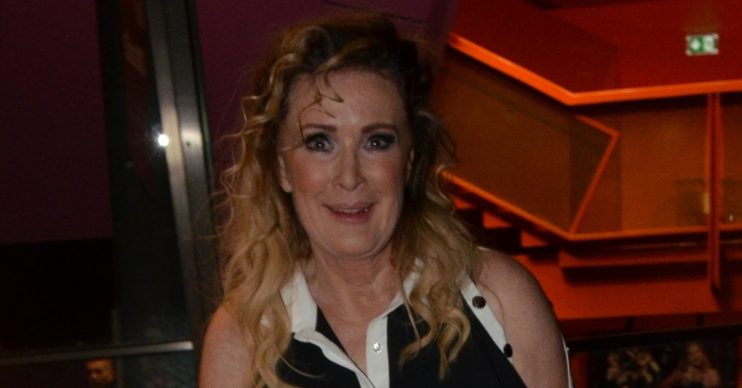 Beverley Callard, who plays Liz McDonald in Coronation Street, has shared a picture with her huge dog Norman.

The actress posted the picture to her Twitter page.

Think Norman has grown a bit, what do you think? Xx pic.twitter.com/FGXNTsVY66

She tweeted alongside a picture of her and the pooch: “Think Norman has grown a bit, what do you think? Xx.”

A second tweeted: “Aww so gorgeous!”

Beverley got Norman in September when he was 13 weeks old and significantly smaller.

Beverley recently took a break from Coronation Street to do stage show The Thunder Girls.

The actress then announced in November 2019 that she would be leaving the ITV soap permanently after 30 years.

Think Norman has grown a bit, what do you think?

And with her departure lined up for this year, the soap star promised her final storyline will see her character go out with “a bang”.

Shortly after she announced she was leaving, it was revealed The Thunder Girls would be going on a UK tour.

Will you miss Liz when she leaves the cobbles?