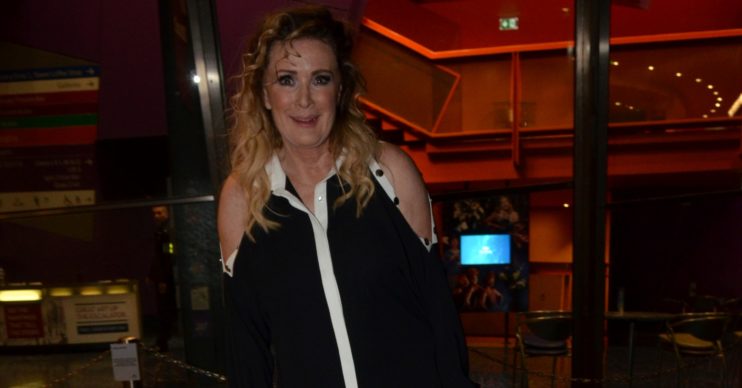 The Liz McDonald actress has been busy

The actress has done up her dining room floor and shared snaps of the project to her Instagram account.

Another added: “Wow so gorgeous x.”

Beverley posted another picture showing off the room from the other side.

From the other side x

Beverley has previously revealed her love for painting and decorating and even admitted she would like to become a plasterer.

Back in 2018, she said: “I’m actually doing a course in polish plastering.

“I love painting and decorating. If I could afford it, I’d leave my job and I’d never wear a wonderbra or false eyelashes ever again.

“I’d have a tracksuit on and I’d paint and decorate my entire life.”

Last year it was announced Beverley Callard would be leaving her role as Liz McDonald in 2020.

Beverley has played Liz for 30 years.

Beverley revealed that she was meant to be filming her final Corrie scene in July. But filming on soaps has been suspended as a result of the coronavirus.

Corrie boss Iain MacLeod has expanded on Liz’s exit and it seems like it could tie in with Oliver’s storyline.

He said: “Something horrific occurs that draws in a few different clans on the Street and forces them to deal with the hardest thing anyone would ever have to deal with.

What is Beverley doing after she leaves Coronation Street?

Shortly after she announced her departure from the soap, it was revealed Beverley will be going on a UK tour of the Thunder Girls.

However it appears dates have been reschedule due to the pandemic.

Have you been doing any DIY projects in lockdown? Leave us a comment on our Facebook page @EntertainmentDailyFix and let us know what you think!