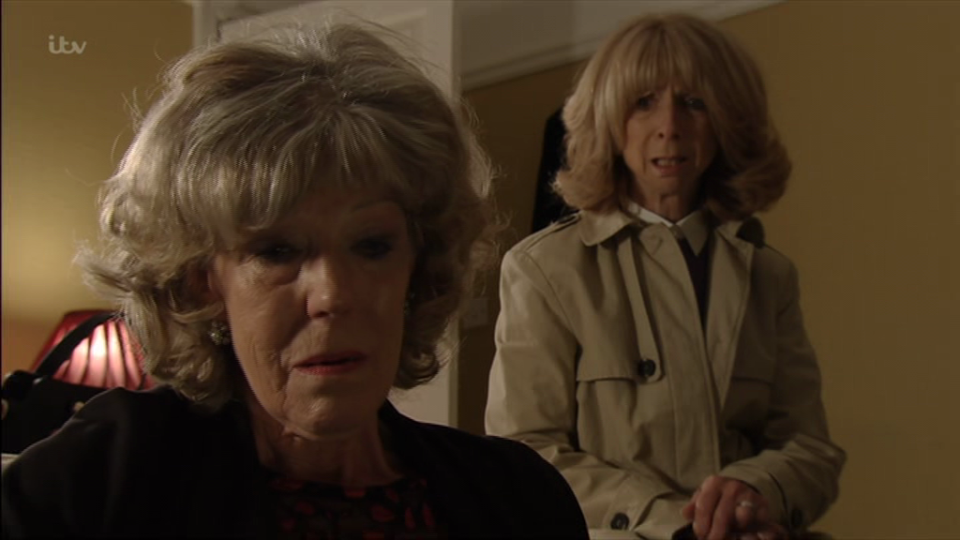 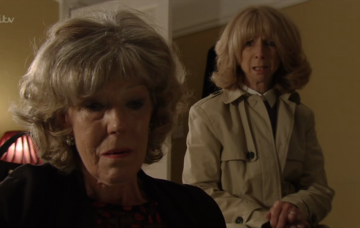 The horrors just keep coming for poor Audrey Roberts. Just three days into 2019 and the grandmother has already lost a boyfriend, been robbed of a whopping £80,000 and had to face the harsh truth that the two may well be linked.

And the week will end with yet more sadness for Audrey, as she is forced to tell her grandson David Platt some news that he’s not going to like, not one bit.

Coronation Street fans were desperately sad for veteran character Audrey on New Year’s Day when she returned home from being stood up, only to find her date stone cold dead on the floor.

In a bittersweet twist of fate, Lewis was holding an engagement ring in his hand meant surely for Audrey.

While some conspiracy theorists don’t believe the conman is actually dead, Audrey was left in bits at the loss of her beau – exactly 20 years after husband Alf died on New Year’s Day 1999.

Then, in a cruel double blow, Audrey discovered that the £80,000 that Archie Shuttleworth left her had been stolen from her account.

Adding up the facts – that Lewis had helped her set up her online accounts and knew all her passwords, and that a mysterious woman had withdrawn the cash – Audrey was forced to confront the horrible truth that Lewis was more than likely behind the theft!

Was he scamming her all along?

Due to Lewis’ seriously dodgy nature, no one would be surprised if he’d been behind the dastardly act. But others believe there’s another shady character at fault here…

On Friday (4 January), Audrey is forced to do something she hates herself for doing – letting her grandson David down.

When the hairdresser and salon owner inherited the money from the late Archie Shuttleworth a few weeks ago, she began making plans to enjoy her life more.

This included spending more time with Lewis and handing over responsibility of the salon to David.

However, left skint after being dwindled out of the fortune, Audrey has to tell David that she won’t be retiring after all.

The news is a blow for David, who has had hopes of running the salon for years.

The double-bill also shows the family becoming increasingly concerned for Audrey, as she struggles to cope in the aftermath of the week’s terrible events.

Will the thief ever be discovered? And if it wasn’t Lewis, who WAS it?