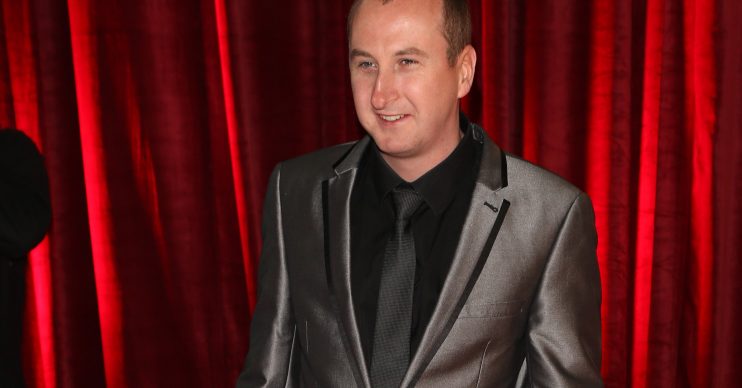 Andy has two kids with his wife Nichola

Coronation Street’s Andy Whyment revealed he should be on holiday as he tries to keep his kids entertained during coronavirus lockdown.

The actor posted a family holiday picture to his Instagram stories.

Alongside the picture he wrote: “Jamaica 08.04.2019” and “We should be en route to the Bahamas now but at least the sun is shining here.”

Andy also shared videos of his children enjoying games in the garden, including golf.

Currently the actor is off work due to the coronavirus pandemic as Coronation Street has halted production.

After it was announced Coronation Street had suspended filming, Andy revealed it had been a “tough week” at work with the rewrites and changes with cast members going into self-isolation.

We should be enroute to the Bahamas now but at least the sun is shining here.

He also added how proud he was of everyone who works on the show for getting through it.

However it seems Andy is enjoying his time off work with his wife Nichola and their two kids Thomas and Hollie.

Last year Andy flew to Australia in order to compete in I’m A Celebrity… Get Me Out Of Here!

While he was in Oz, Andy’s alter Corrie alter ego Kirk Sutherland was off-screen.

Andy wasn’t the only Corrie star to compete in a celebrity TV show, as Lisa George, who plays Kirk’s wife Beth, competed in Dancing On Ice.

Did you see Andy in I’m A Celebrity?

Has your workplace been shut due to coronavirus? Leave us a comment on our Facebook page @EntertainmentDailyFix and let us know what you think!