Actress Alexandra Mardell, who plays Emma Brooker in Coronation Street, has given her first interview with boyfriend Joe Parker.

And Joe has revealed the couple are planning to take the next step in their relationship by moving in together.

In the interview and photoshoot with OK!, loved-up Joe, 25, revealed he is thinking of moving back to Manchester to be with his other half.

Before the Irish wedding party took place, we looked quite smart 💙

Joe, also an actor who has appeared in several episodes of Doctors, said: "We talk about moving in together.

"I'm thinking about moving back to Manchester, so that will be the next step."

But he insisted it was "a bit early" for the couple, who have been together for two years, to be talking about marriage.

Alexandra, 26, told how they were both in other relationships when they first met, but friends knew they were meant to be together. Joe and Ali have been loved up for a while (Credit: SplashNews.com)

"We were both in other relationships, I was friends with Joe's girlfriend and he knew my boyfriend.

"Then when we were both single it just happened. All our friends were like: 'Well, that's obvious!' Everyone could see it but us."

We talk about moving in together.

She added she was "definitely" the one who made the first move!

The actress, whose character Emma will collapse and be rushed to hospital with a ruptured appendix, this week, has recently been at the centre of a plot which saw her father pass away. 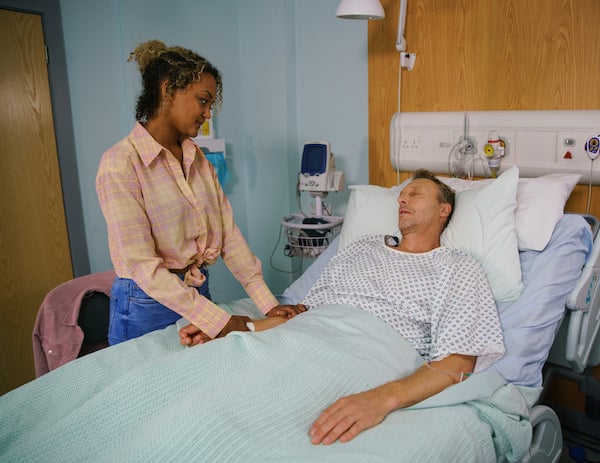 Emma was distraught when the man she thought was her dad died (Credit: ITV)

She told the magazine that the storyline was reminiscent of her own loss when her dad, Michael, died aged 54 from a sudden heart attack after suffering from undiagnosed cardiomyopathy.

Although Ali revealed the soap were very supportive when they found out what she'd been through, she insisted it wasn't hard to do the plot because she'd been able to grieve properly for her dad already. 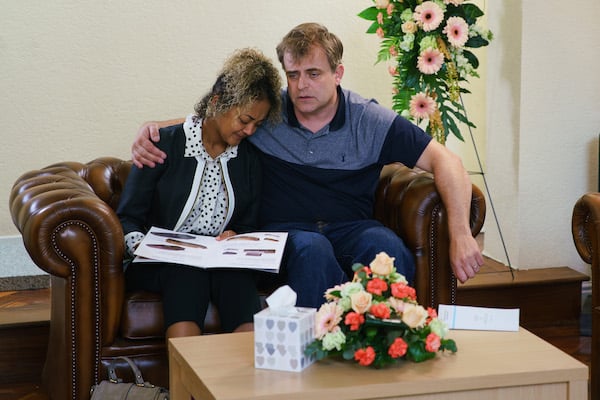 Then she discovered Steve McDonald was her dad (Credit: ITV)

"I wasn't sad about my dad because I'd dealt with it," she said.

"My dad wouldn't want me to get down again, and it's my job. You play the part and carry on."

On-screen, Emma has since discovered the man she thought was her father actually wasn't and that Steve McDonald is her real dad.