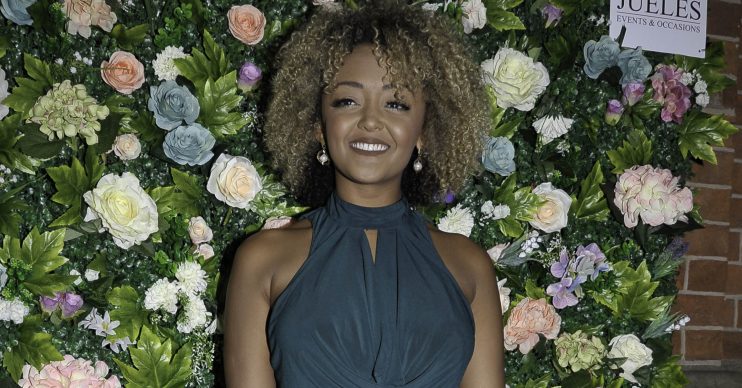 She 'couldn't help herself' as she tried the freezing treatment out

She shared a clip of her coming out of the chamber in dressing gown, slippers and gloves to her Instagram followers.

Tonight Mathew, I’m going to be… frozen! ❄️ Couldn’t help myself haha wanted to give it a cheeky try!

The actress captioned the post: “Tonight Matthew, I’m going to be… frozen! Couldn’t help myself, wanted to give it a cheeky try!”

Cyrotherapy is the use of cold temperatures to treat various complaints.

Alexandra went on to admit that she didn’t actually need the treatment for any aches or pains, she just wanted to try it!

“It’s really cold for three mins,” she explained. “It helps with muscle pains after workouts or if you’ve injured anything and speeds up metabolism.

“But I just wanted to try it because I loved the ice baths in Budapest haaaaa!”

Her Corrie co-star James Burrows (Ali Neeson) told her: “I need this right now, please DM me the deets.”

Earlier in the week, Alexandra had revealed she is gearing up for Christmas with her family by sharing a lovely snap with her mum.

They were getting into the spirit of the season at Spinningfields in Manchester by posing under some light-up reindeer antlers and Alexandra posted the picture to her Instagram page.

“Season’s Greetings with mother dearest,” she captioned the snap.

Fans gushed over the photo: “Perfect picture,” said one.

Her on-screen alter ego, Emma, might end up devoid of any such goodwill this year as it looks like she might be about to have her heart broken.

Emma has just started dating Seb Franklin and is very excited when they go official on Christmas Eve.

However, that same day Seb’s ex, and arguably the love of his life to date, Alina Pop, makes her return to the cobbles.

Alina left Seb broken-hearted back in August when she returned to her native Romania after she was rescued from life as a trafficked nail worker.

But when Amy Barlow catches her back on the street, she decides to interfere to protect her newfound sister, and lies to Alina that Seb and Emma are now engaged.

When Emma finds out what Amy’s done, she insists Seb needs to know the truth and make his own mind up.

Seb’s thrown when Emma breaks the news of Alina’s return, and tells her he needs time to think.

By Christmas Day he’s made his mind up, but it’s not the best day to dump anyone!

Which girl will he choose?