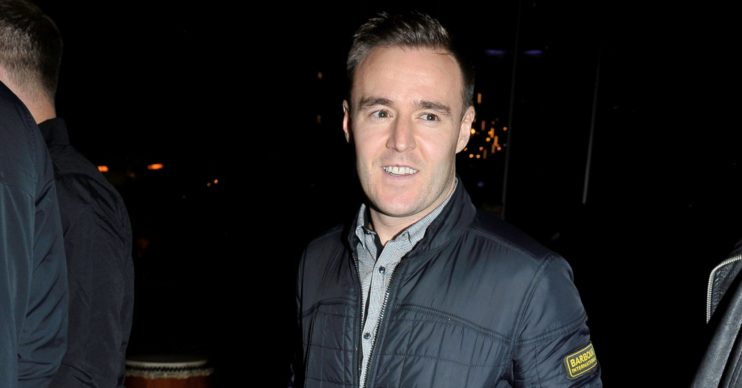 Alan and Sienna appear to share a close bond

Coronation Street star Alan Halsall has revealed his new look as he and his daughter Sienna played around with hair chalk.

Alan posted a picture with Sienna on Instagram as the two showed off their new style.

In the photo you could see Sienna has purple and pink hair. Meanwhile Alan has purple and yellow in his hair along with blue eyebrows and a pink moustache and beard.

A second commented: “Love this.”

A third added: “Suits you sir!”

What has Coronation Street star Alan been up to in lockdown?

Recently Alan made a homemade McDonald’s for Sienna, as the famous fast food branch has shut it restaurants across the UK due to coronavirus.

Although people have been advised to stay home and soap actors, including Coronation Street stars, are off work, it looks like Alan has been keeping himself entertained.

Alan is currently self isolating with girlfriend Tisha Merry and daughter Sienna, who is assumed to be going back and forth between Alan’s and her mum Lucy-Jo Hudson’s, house.

Recently Alan and Tisha dressed up to have a date night at home. They also dressed up in Burlesque and Peaky Blinders outfits for a quiz night.

Last month Alan and Tisha celebrated being together a year as Alan shared a sweet picture of them both.

The couple met on the set of Coronation Street in 2013 when Tisha joined the cast as Steph Britton.

When she met Alan, he was married to former Corrie and Hollyoaks actress Lucy-Jo, who is the mother of Sienna.

However Lucy and Alan split in 2018. In February this year, Lucy-Jo gave birth to a son, who she shares with new boyfriend Lewis Devine.