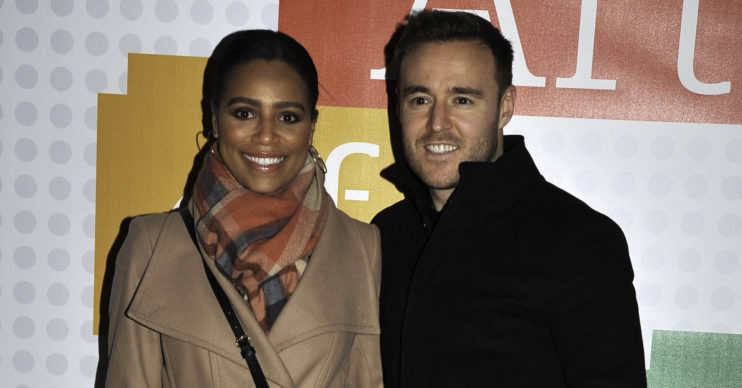 The 37-year-old actor – who began dating his former co-star last year – showed off his romantic side as they celebrated Tisha’s special day in lockdown.

Marking her birthday on Instagram today, Alan shared a string of loved-up snaps of the pair together.

Alan’s daughter Sienna-Rae – who he shares with ex, Lucy-Jo Hudson – also made an appearance as she cuddled up to them on holiday.

He captioned the post: “Happy 27th Birthday to my beautiful girlfriend @missdrewmerry93. Even though we’re in lockdown I hope you will have the most amazing day! You deserve it all and more!!! I [love] you!”

The soap star kicked off the birthday celebrations on Saturday (June 6) by surprising Tisha with a saxophone performance in their living room.

Tisha walked down the stairs of their Manchester pad to a swarm of balloons, presents and a bottle of celebratory fizz.

And the surprises didn’t stop there as he also rustled up a romantic pre-birthday sushi dinner.

The relationship was the first for Alan following his divorce from Lucy-Jo, who also appeared in Corrie from 2002 until 2005.

The former couple split in 2018 and confirmed they were getting a divorce but revealed they were remaining friends and devoted parents to their daughter.

Since splitting from Alan, Lucy-Jo has also moved on with boyfriend Lewis Devine.