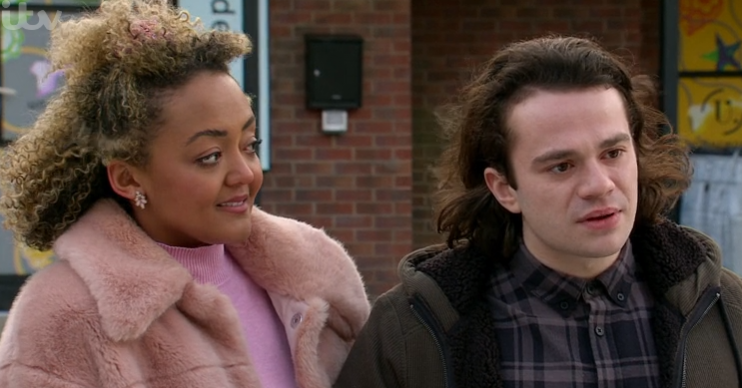 Coronation Street viewers slam Seb for his treatment of Emma

Viewers of Coronation Street have slammed Seb Franklin for his treatment of girlfriend Emma Brooker.

Seb began dating Emma in December last year, a couple of months after his relationship with Alina Pop ended.

In Monday night’s episodes (Monday February 10 2020) Seb learned Alina was back and had got herself a job at Underworld Factory.

In last night’s episodes (Wednesday February 12 2020), Alina told Seb and Emma she was looking for a place to live and immediately Seb suggested she could move into Emma’s flat with them as they had a spare room.

But Alina could see Emma’s obvious discomfort and politely declined the offer.

Later, Emma and Seb discussed the possibility of Alina living with them, and Bethany Platt who also lives in the flat, and decided to offer Alina the room properly.

At the Rovers, Emma offered Alina the box room and she accepted.

@itvcorrie Seb offering Alina, his ex, a room in a flat he just moved into, anyone ask Audrey, you can see Emma who is too nice does not want #Corrie

Emma is too nice and way too good for Seb #Corrie

#corrie #CoronationStreet Emma should dump Seb. She can do so much better.

i hate seb so much #corrie

Will it all go smoothly, or will it end in tears?

Seb met Alina last year when he was hired to do some jobs in a local nail salon.

He quickly fell for the nail technician but realised that there was something not right about her job.

He discovered she was living in the back of the salon and her boss Rachel was a human trafficker.

Eventually Rachel and her husband Nikolai were arrested and put behind bars. It was also revealed Eileen’s boyfriend Jan was a police informant and he was forced to leave Weatherfield.

Alina briefly returned to Weatherfield in December to see Seb, however Emma’s sister Amy spun a lie and told her that Seb was now engaged to Emma.

But what will happen now Alina is living with her ex-boyfriend and his new girlfriend?