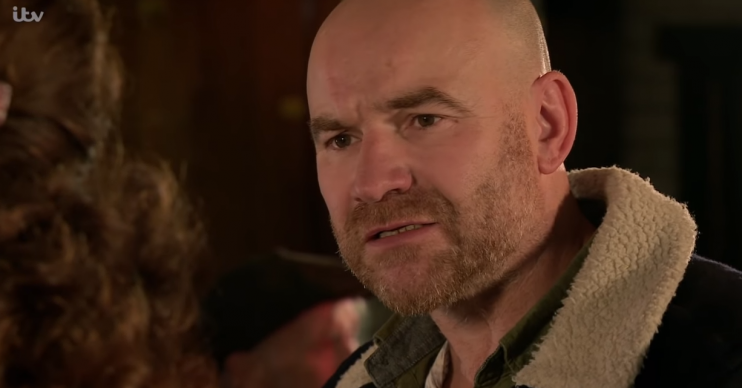 Tim is married to Sally and Charlie

A few weeks ago, Tim realised his wedding in Las Vegas over a decade ago was real and he was married to two women, Sally Metcalfe and Charlie Wood, who he married in Vegas.

After managing to track Charlie down, he told Sally the truth and she decided to go and spend some time with her sister Gina.

Since Sally went away, Charlie has been hanging around the street as she lost her job and home and struggled to pay for the costs of the divorce.

Despite Tim giving her the money, Charlie has been making excuses claiming it would take days for the solicitor to send paperwork back to her.

Meanwhile, Charlie has no idea that Tim is a bigamist – yet.

But viewers are starting to get bored of the storyline.

“The woman is so annoying and in my mind I think it sounds and looks obvious she is trying to scam him and take his money.

“I feel like the producers have just wrecked Tim as a character now and it’s just a load of rubbish to keep Saint Sally floating in the ‘big’ storylines.

“At least Tracy’s one-night stand with Paula is now over and done with.”

A second said: “It’s beyond dire. To be honest Tim is one of my least favourite characters on the show. I really don’t enjoy watching how ‘thick’ he is and his ‘deer in the headlights’ expression is wearing thin.”

Read More: Coronation Street viewers fed up with Beth as she ‘bullies’ Bethany

Another added: “To me it is just boring and stupid and I can’t see it going anywhere except for round in circles.”

Charlie has told Tim she’s going to stay with a friend and will be starting work as a flight attendant, but will she go for good?

What do you think of Tim’s bigamy storyline?