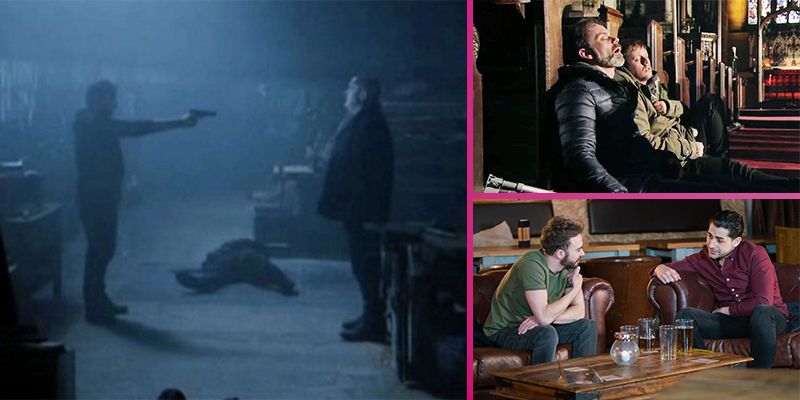 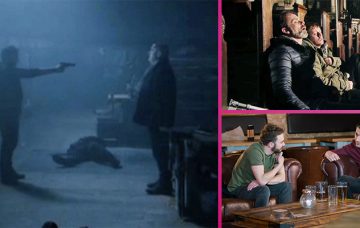 The 7 most complained about episodes of Coronation Street

What got viewers fuming?

Over the years Coronation Street has become famous for raising awareness for taboo subjects like male rape, teenage grooming and suicide. But while these subjects might not make easy viewing, they’ve raised awareness for important causes, and potentially saved lives.

When it comes to the most complained about storylines the soap has aired in recent years, you might think you could name them instantly. But while the more controversial episodes that you’d expect are listed, there are some here that might just surprise you…

It’s no surprise to anyone that Phelan has made the top of this list, but what might shock people is that it’s Luke’s murder that got the most complaints… more than Phelan’s sickening games with Andy Carver and Vinny Ashford.

Ofcom received more than 650 complaints stating that the episode – which showed Phelan hounding Luke in a high-speed car chase, before shooting him and setting his car on fire –  were “too gory” and “harrowing” to be shown before the 9pm watershed.

At the time a spokesperson for ITV defended the scenes by stating: “Pat Phelan is well established as a villain, and his evil actions won’t have come as a surprise to viewers.”

Phelan’s reign of terror has also won him second place on the list – this time for what is arguably the darkest episode ever seen in a soap.

There’s not a Corrie fan in the country who could forget the episode that saw evil Phelan force prisoner Andy Carver – who he had been holding hostage for nearly a year – kill Vinny Ashworth in a rundown paper factory. Terrified Andy reluctantly went through with the grisly deed, only for Phelan to then turn the gun on him to keep his murdering ways a secret.

But the grim violence was too much for some, and not just soap fans, but celebrities too. Legendary broadcaster Sir Michael Parkinson told the Radio Times the soap had become more like a “horror film than a family show”.

From Pat Phelan’s reign of terror to the lovely Eva Price! Who would have thought that everyone’s favourite barmaid could be at the centre of the third most complained about episode of Corrie?

Back in August 2016 Eva caused uproar when she made a racially insensitive comment while getting her hair dyed in Audrey’s salon. She was heard complaining: “I have more roots than Kunta Kinte. No idea who that is, by the way, just something my mum used to say.”

But Coronation Street viewers weren’t happy about Eva’s reference to the character from the novel ‘Roots: The Saga Of An American Family’, and made their feelings clear to Ofcom.

The TV regulators later cleared the comment, saying it “reflected the foolishness, and lack of sensitivity and cultural awareness, of her character.”

More than 200 people complained about the episode aired in early 2018 that saw vicar Billy Mayhew taking heroin in a church with his brother Lee.

Not only were viewers horrified that drugs could feature so heavily in an episode that was airing at 8.30, but Lee’s comment: “This must be what heaven feels like” also didn’t go down well.

At the time, Coronation Street responded to the controversy by making it clear that it would portray the “very negative side” of Billy’s decisions. The soap also said the scene was not intended to glamourise drugs, and that the episode did not show the physical act of Daniel or Lee taking heroin.

In March last year Corrie viewers were horrified after an episode of the soap saw Josh Tucker spike David Platt’s drink before taking him back to his house and into his bedroom.

A total of 183 viewers complained, and then a further 31 people contacted Ofcom about the episode that showed the aftermath of the rape that was aired a few days later.

A spokesperson for Ofcom said at the time that while the episode would have made tough viewing for fans, it wasn’t breaking any broadcasting rules.

6. Leanne and Steve getting Olly to sleep – 132 complaints

Leanne Battersby and Steve McDonald’s parenting tactics came under fire back in August 2017 when one episode saw the pair testing out the ‘controlled crying’ technique to get baby Olly to sleep.

The method that sees mums and dads leaving their child to cry in an attempt to teach them to self-soothe has divided parents for years, and viewers weren’t happy to see it on Coronation Street.

An ITV spokesperson said: “Steve and Leanne’s controlled crying was portrayed on screen as having very mixed results with both parents struggling to adapt to it. It was never advocated as a right or wrong way to get a baby to sleep and was a small part of a bigger story.”

Most recently an episode that saw Kate Connor attempt to seduce Adam Barlow in the hope she would end up pregnant has caused trouble amongst fans.

68 people complained that the episode was damaging the reputation of lesbians, but the soap claimed that Kate was acting through desperation triggered by the grief she felt over losing her brother Aidan who took his own life.

Ofcom said: “The episode focused on two characters wanting different things from their relationship but, in our view, didn’t refer to their sexual orientation in a derogatory manner.”

What Coronation Street storyline has left you shocked? Leave us a comment on our Facebook page @EntertainmentDailyFix and let us know what you think!