Cath Tyldesley has admitted she wants to return to Coronation Street.

The Eva Price actress left the cobbles last year and has gone on to land a string of high profile jobs including an appearance on this year's Strictly Come Dancing. 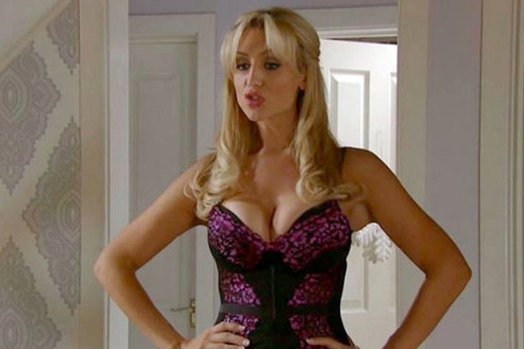 Cath has pangs about returning to Corrie (Credit: ITV)

But she has admitted she just can't shake off Weatherfield's Eva.

She told Fabulous magazine: "I'd love to [return] at some point.

"I do get a little pang now and again. But it was the right thing to do for my family."

And even though she does want to return, Cath said quitting was the best thing for her.

I do get a little pang now and again.

She added: "I'm often able to do the school run now, which is lovely because of the age Alfie is.

"That's one of the reasons I turned a lot of things down last year. He was starting pre-school and I thought I don't want to look back and feel I missed that section of his life."

Cath joined the cobbles in 2011 as Eva Price before the character left with her baby in 2018 after ex Aidan Connor took his own life.

She will soon be seen in upcoming BBC One comedy Scarborough from the creator of Benidorm. The show begins next Friday and will run at the same time as her appearance on Strictly.

And performing week in week out on the show has left the actress terrified.

She said: "I'm thrilled to be a part of this year's Strictly Come Dancing. I'm a huge fan of the show.

"It'll be my biggest challenge to date as I'm not much of a dancer, but I've always wanted to learn the skill and the time feels right!

"I'm nervous as hell but super excited to work with such talented professionals. Hold onto your jazz shoes... mine is sure to be a bumpy/clumsy/fun ride!"

Do you want Cath back on Corrie? Leave us a comment on our Facebook page @EntertainmentDailyFix and let us know what you think!