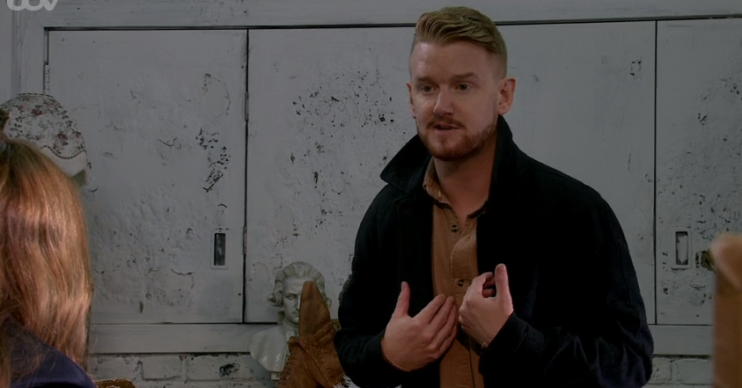 It looks like Rick Neelan’s daughter Kelly will be returning to Coronation Street as actress Millie Gibson revealed she’s back filming.

Millie, who played Kelly for five episodes last year, posted on Twitter that she’s back on set.

The actress posted a picture of the set of Roy’s cafe.

First two days back on the amazing set of @itvcorrie ! 🎥💛 pic.twitter.com/PhQYds574r

She tweeted: “First two days back on the amazing set of @itvcorrie!”

Last year, loan shark Rick met a grisly end when he was killed by Gary Windass, who believed Rick was holding his ex-girlfriend Sarah hostage.

Afterwards Gary learned that Rick had a daughter when she came by her dad’s office, wondering why Rick had failed to pick her up from school.

Read More: Coronation Street viewers gush over ‘too cute’ behind the scenes picture of Isabella Flanagan and Macy Alabi

Gary pretended to be a client of Rick’s, but when Kelly grew suspicious of Gary’s behaviour, he told her Rick was a loan shark and had fled the country to get away from police.

According to The Sun, sources say Corrie bosses are thrilled to have Millie back on set and revealed the storyline including Kelly and Gary will be huge.

The source told the publication: “Millie really impressed bosses when she appeared last year, so she’s back.

“The storyline will be huge – Gary’s web of lies will unravel when she comes back to the cobbles and tries to find out what happened to her dad.

“She’ll be out for revenge if she finds out what Gary did to Rick.”

Viewers know Gary has been up to no good for a long time.

Gary was responsible for the Underworld roof collapse which killed Rana Habeeb. Gary had damaged the roof in the hopes that he would get the work to fix it.

He later went on to blame Rick for the roof and since killing the loan shark, he has taken over his business.

Recently he was forced to step back from his illegal operation after his girlfriend Maria found out what he had been doing.

Would you like to see Kelly return for revenge?