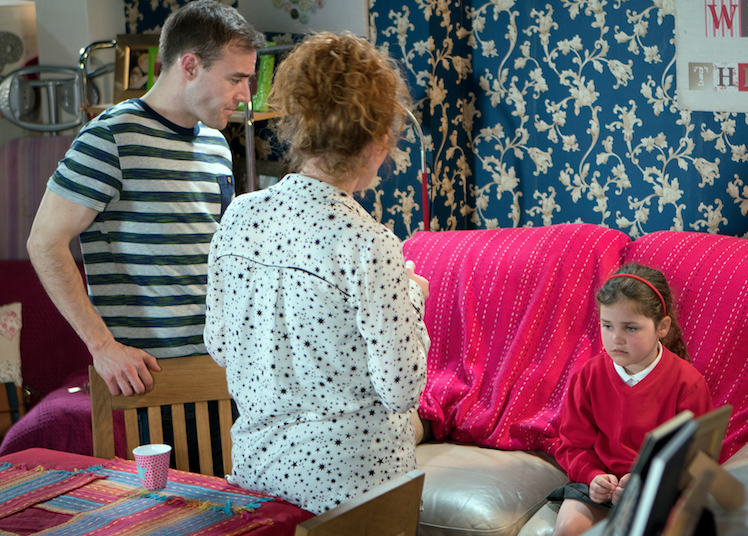 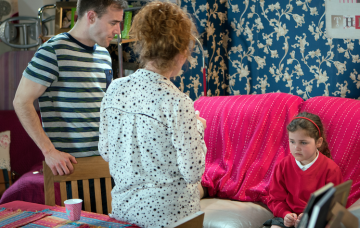 Hope Stape has been causing havoc on the cobbles for months, and it seems things are set to get worse when she’s up to her old tricks again next week.

Fiz is fuming to find that Hope has been causing trouble at school, but things get worse when she then loses her job thanks to her wayward daughter.

After being nagged for new trainers, Fiz eventually gives in to her daughter and gets her the new shoes that she wants.

But the mum is then surprised when she gets a call from Hope’s school saying she has been causing trouble for the teachers.

The school reveal that Hope has been selling trainers to the other kids for cash… the very trainers that Fiz has just forked out for.

Turns out that Hope has been playing Fiz and Tyrone off on one another and has been asking them both for new things, and then selling the spare to her classmates.

Fiz and Tyrone give Hope a good talking to, but despite the fact she looks like she’s sorry, does she really mean it?

But it’s not just her daughter that Fiz has got to worry about.

Factory boss Alya is trying to earn some respect in her new role and sacks Fiz for downing tools and heading to the school during working hours.

Fiz is glad to have the support of Tyrone in her hour of need and decides they should make a proper go of being a family again.

But with Sean still living under their roof, it is tricky to make things work.

Fiz broaches the subject of Sean moving out so that her and Tyrone can make their relationship work and he agrees.

But will having the house to themselves mean Tyrone and Fiz can put the last few months behind them and make a fresh start?

And more to the point, will Fiz get her job at Underworld back?

Do you think Hope will change her ways? Leave us a comment on our Facebook page @EntertainmentDailyFix and let us know what you think!