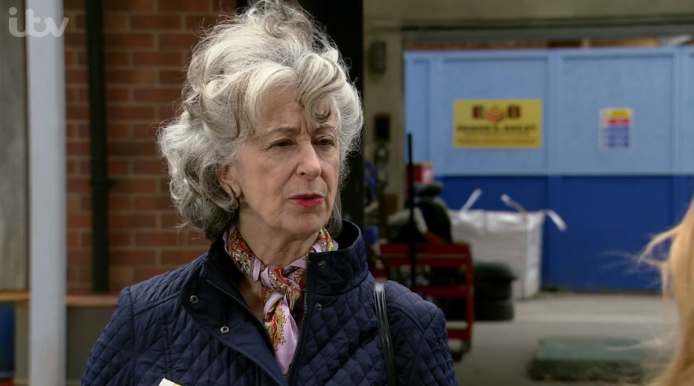 She made a thoughtless remark during Fertility Awareness Week

Viewers weren’t happy with comments made by Maureen Lipman’s character on the soap on Thursday (October 31) during Fertility Awareness Week, with some fans threatening to boycott the ITV show.

As reported by the Sunday Mirror newspaper, watchdog Ofcom revealed over the weekend it had received 60 complaints about the joke.

In the scene, sharp-tongued Evelyn was discussing how Gemma Winter (Dolly-Rose Campbell) had given birth to quadruplets.

She said: “You can’t move for twins and triplets these days. At least she did it the old-fashioned way and not through, what’s it, IVF.”

ITV shame on you

Some viewers branded it “insensitive”, with another taking aim at the “insensitive scripting”.

Another fan wrote: “IVF isn’t a choice. My wife and I struggled with the postcode lottery and found out we could not have kids even if we paid for IVF.”

The Fertility Foundation’s Tone Jarvis-Mack described the situation as “sad” and suggested researchers could have done more work.

He said: “It’s sad to see a popular show making such disparaging comments on a subject that affects one in six people who’d love to have a baby the old-fashioned way.

“I’d have hoped the researchers would have taken the time to understand the emotional roller coaster couples are on when facing the fact the only way to start a family is through IVF.”

Ofcom revealed the complaints will be taken on board before the watchdog decides whether to look into any action.

A spokesperson added. “We’re assessing these complaints before deciding whether to investigate.”