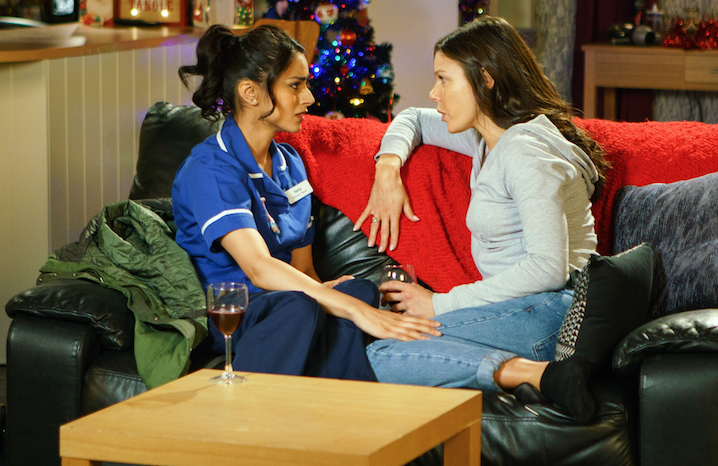 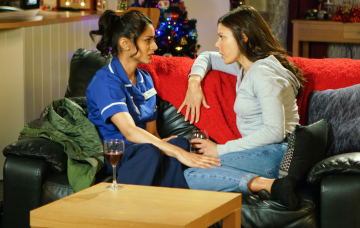 The broadcasting regulator have decided not to investigate further

Coronation Street have been cleared by regulator Ofcom after furious fans complained about Kate Connor’s controversial seduction of Adam Barlow.

There was a backlash from viewers when Kate (Faye Brookes) and Rana Nazir (Bhavna Limbachia) split up in December after Kate’s desperation for a baby drove a wedge between them.

Kate, seeing an opportunity with Adam (Sam Robertson) after Robert Preston (Tristian Gemill) called off their baby deal, told Adam that she liked men as well as women to get him to sleep with her in the hope she would become pregnant.

The episode sparked 68 complaints to the TV regulator in December regarding the storyline which some fans said unfairly represented lesbians.

Angry viewers had argued that, as Kate had always identified as gay, the storyline was damaging to lesbians.

Fans took to Twitter to share their anger at the storyline. One tweeted: “I hope no closeted and fearful young lesbians are watching @itvcorrie tonight. What an inexcusable mess.”

having a lesbian character who has never once shown attraction to men suddenly seduce and kiss a man is incredibly irresponsible.

it enforces a homophobic rhetoric that lesbians can be “fixed” & become heterosexual in the”right” circumstances. shame on @itvcorrie #corrie

However, Coronation Street pointed out that her grief over losing her brother Aiden to suicide had triggered her desperate act. A representative for the show said: “Kate was out of her mind with grief over Aiden and thinks she’s lost Rana.

“She came to her senses before going through with it – she’s gay and she loves Rana, and can’t believe she nearly let her grief-fuelled obsession for a baby almost lead her into betraying who she is and making the biggest mistake of her life.”

Despite the complaints, Ofcom decided not to progress to a full investigation. A Spokesperson told Digital Spy: “The episode focused on two characters wanting different things from their relationship but, in our view, didn’t refer to their sexual orientation in a derogatory manner.”

Kate’s mistake devastated finacee Rana who ended their relationship. However the couple have since reconciled after talking things through over the new year.

Were you shocked by the Corrie storyline? Leave us a comment on our Facebook page @EntertainmentDailyFix and let us know what you think!