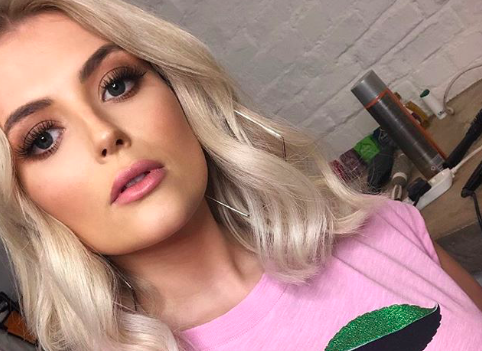 She revealed she needs to escape after big decision

Lucy Fallon has revealed she’s jetting off on holiday, after making the shock announcement that she’s leaving the ITV soap.

The actress, who plays Bethany Platt, became the SEVENTH Corrie star this year to reveal they have quit the cobbles – so it’s no wonder she wants to escape the country for a while to avoid any fallout.

The same day the news of her departure was announced, Lucy confirmed the news on social media, before revealing her plans to leave the UK for a while.

In a statement posted on Twitter, Lucy told fans: “After the most incredible four years, I have made the extremely difficult decision to leave Coronation Street at the end of my contract in 2020.

She continued: “I’ve made lifelong friends with some of the most talented and hardworking people in the industry, I’ve had some terrific and immensely important storylines and I’ve laughed with the best people everyday.”

She concluded: “I’m so thankful to Iain and everyone at Coronation Street, I owe everything to them and I will miss them greatly.

“Thank you so much for your support and love… Can’t wait to see what’s in store for Bethany this year.”

She later tweeted another message to her 125,000 followers, denying her departure was related to internal conflict at the soap, saying: “Just to clarify, my decision to leave was made in August last year and has nothing to do with ANYONE at Coronation Street.

“I didn’t make it lightly and I am going to miss every single person there. Excited for my final year at the best place! Woo.”

She then went on to share her excitement at going on holiday this weekend.

On both Twitter and Instagram, she shared a throwback photo from a previous sun-drenched holiday alongside the message: “Off on holiday on Saturday with some of my fave kidz. SUN AND DAIQUIRIS is what I need right now #letsgochamp.”

Fans were quick to express their dismay at her soap exit, with one saying: “Can’t believe you’re leaving Corrie – so sad!!”

Another said: “Jesus, you are leaving too?? Why is everyone leaving!!!???? Probably the only name I’m sad to see go!”

Off on holiday on Saturday with some of my fave kidz. SUN N DAIQUIRIS is what I need right now #letsgochamp x

Lucy, 23, is the latest in a long line of Corrie stars who have announced their intention to leave the soap.

Earlier this week Faye Brookes, who plays Kate Connor, revealed she was leaving – this followed the departure of Bhavna Limbachia, who played her on-screen partner Rana, in March

The announcement about Lucy’s exit follows reports yesterday that co-star Katie McGlynn has quit, too.

Last week, Tristan Gemmill announced on Twitter that he was leaving his role as Robert Sugden.

While fans have suggested the ITV soap is in “crisis”, a spokesperson told ED!: “The very nature of a long running serial drama is that actors come and go all the time.

Will you miss Lucy Fallon’s portrayal of Bethany Platt? Leave us a comment on our Facebook page @EntertainmentDailyFix and let us know what you think!