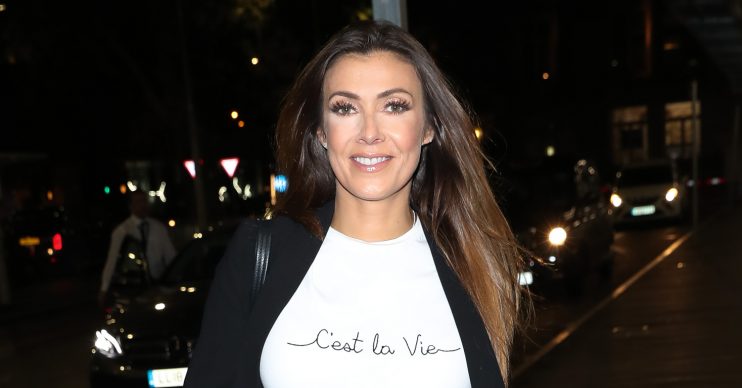 The pair have been dating since last summer

Star of Coronation Street Kym Marsh threw a sweet surprise party for her army major boyfriend before he was deployed.

Actress Kym and Scott Ratcliffe, who have been dating since last year, have kept a relatively low-profile together, but on Saturday the 43-year-old proudly shared a snap of the little party she put on for him.

The shot shows a cake and a huge hamper with Terry’s Chocolate Orange and other sweet and savoury treats.

“Surprise party for my man before he deploys. He makes me proud every single day,” she wrote along with three heart emojis.

The cute picture was inundated with comments, including one from ex-husband Jamie Lomas.

“Hope you have a great night,” he wrote, to which Kym replied, “Thanks Jamie.”

Her Corrie co-stars, including Antony Cotton, also said they were going to miss him.

It was Antony, who plays Sean Tully on the soap, who set the pair up last summer. Kym eventually confirmed their romance last September, writing in her OK! Column that she’s “never been happier”.

She described Scott, who is 11 years her junior, as a “lovely man” and said she wanted to keep their romance “as private as I can”.

Earlier this year she gave an interview to Fabulous magazine where she admitted she finds the word toyboy “insulting” to her partner.

She said: “It’s actually quite insulting to him. Because he’s a very intelligent, mature, articulate man who absolutely knows where he wants to be in life.”

Before meeting Scott, Kym was previously in a relationship with Matt Baker. The ex-couple bought a £500,000 house together shortly before they split.