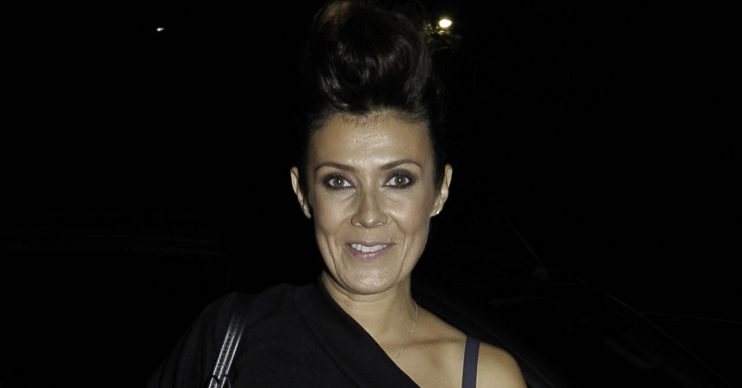 The actress quit the role after 13 years on the cobbles

As she films her final Coronation Street scenes, Kym Marsh was thrown a huge leaving bash in Manchester last night.

The actress, who has played Michelle Connor for the last 13 years, was joined by a long list of her co-stars, including Jack P Shepherd, Lucy Fallon, Tina O’Brien, Alison King and Antony Cotton as they partied the night away.

Kym’s ex Jamie Lomas was also spotted at the party, as was Samia Longchambon and her Dancing On Ice star husband Sylvain.

The actors were all dressed to impress as they were spotted heading into the venue, but Kym arrived in a laid back look while keeping her outfit hidden in a bag.

Her departure from the soap after 13 years was announced earlier this year.

Speaking on This Morning about her decision to quit, she told hosts Phillip Schofield and Holly Willoughby: “[It feels] a bit weird. I’m going to be very emotional on my last day, for sure.”

She also said she won’t be getting killed off, so “the door is open”.

Kym continued: “I just, you know, it comes a time when you’re a part of such a huge show and you play that character for so many years.

“I just thought I’d quite like to try my hand at something else. I’m always one who loevd a bit of a challenge, and so, there you go.”

I’m going to be very emotional on my last day, for sure.

Kym’s first post-Corrie role will see her in Elf: The Christmas Spectacular, which is an adaptation of the movie starring Will Ferrell and Zooey Deschanel.

The actress, who will play Buddy the Elf’s girlfriend Jovie, said of the part: “Elf is an iconic Christmas film and having seen the musical myself last year I am very excited to be part of this fun and heart-warming family show.”