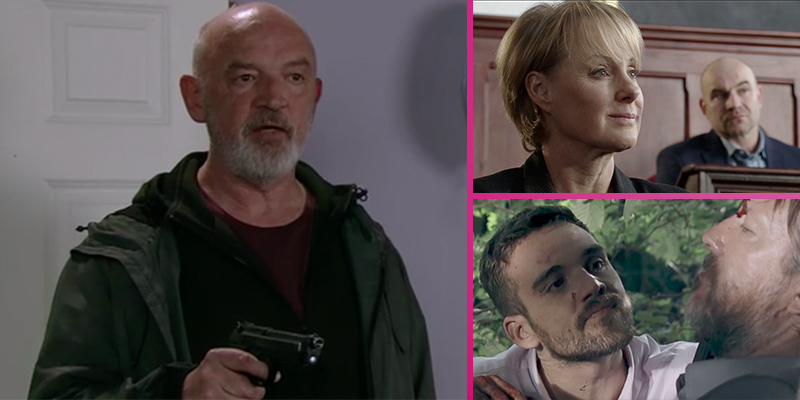 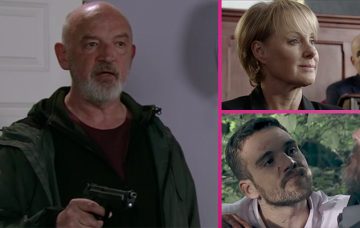 Is Coronation Street getting ridiculous?

Viewers have complained it's a bit too far-fetched

There have been cries from fans of Coronation Street that the show, its plots and characters are becoming increasingly far-fetched.

Viewers are getting more and more wound up as the soap that used to be known for its light relief and comedy characters, has got darker and more sinister over the last couple of years. That’s not to mention the stories that have dragged on and on and got sillier as they continued.

With the news that teen Amy Barlow is set to fall pregnant in the new year, fans have been once again left sighing and rolling their eyes as the show pushes the boundaries of reality even further.

The builder raped Anna Windass, conned most of Weatherfield out of their life savings, had a hand in Michael Rodwell’s death, and persuaded a deluded Eileen Grimshaw to marry him.

Eileen found out and pushed her husband into the Irish sea, only for him to survive, return from the dead and shoot his own daughter, Nicola Rubenstein (who was heavily pregnant at the time).

Not content with that devastation, Phelan took everyone in the Bistro hostage during Michelle and Robert’s wedding, shot the bride, and ended up being stabbed by Anna Windass, who had returned for revenge. He was definitely dead this time – we saw the body bag being zipped up, so we know he’s not coming back. Thank goodness.

After a brilliantly played out storyline in which teenage Bethany Platt was groomed for a paedophile ring by evil Nathan Curtis, Bethany’s family were finally able to free her from his clutches.

Following a harrowing trial, during which Bethany was kidnapped in order to stop her giving evidence, justice prevailed and Nathan and his cohorts were sent down for their terrible crimes.

But several months later Bethany started working as a lapdancer. What’s worse, when her family found out, they allowed it to continue with mum, Sarah Platt, reasoning she’d rather know where her daughter was and what she was doing.

Thankfully her stripping career came to an end when she glassed a punter.

Leanne Battersby managed to fall pregnant after a one-night stand with a mystery man, who later turned out to be Steve McDonald.

Never mind that the pair had barely ever spoken to each other, or that we didn’t see the alleged liaison happen, nor that Leanne had been told she’d never be able to carry a child, Leanne was having Steve’s baby.

What made this story even more heartbreaking – and gut-wrenching for viewers to watch – was that Steve’s wife Michelle was also pregnant, but she tragically lost their son, Ruairi, who was born at just 23 weeks.

This was hellish enough for Michelle to endure, let alone her then having to discover Steve’s disgusting secret.

Ken Barlow spent the first part of 2017 making enemies of his entire family – plus some outsiders too. It culminated in him being pushed down the stairs and left for dead – but who did it?

Well, after many twists and turns, it turned out it was his youngest son, Daniel Osbourne, who was furious with his dad for persuading Daniel’s girlfriend, Sinead Tinker, to have an abortion.

Once the truth was out, everyone else wanted to go to the police, but Ken decided to protect Daniel and cover up the attack, leaving many incredulous that no one was going to be punished.

After Eva Price discovered she was pregnant with cheating fiancé Aidan Connor’s baby,  Toyah Battersby persuaded Eva to go through with her pregnancy and hand the baby over to her so she could pretend it was the child her surrogate had given birth to.

Eva and Toyah spent nine months covering up Eva’s massive baby bump, insisting Eva had just put weight on, before packing Eva off to a cottage in Lymm to give birth in secret when everyone else thought she was in America.

The whole truth only came out when Aidan Connor took his own life and Eva ended up departing Weatherfield with her baby – leaving Toyah with nothing. Not that we’re the sort to say she deserved it, but…

Michelle Connor’s biological son Doctor Ali Neeson is supposed to save lives, but he committed the ultimate sin when he killed gangster Ronan Truman following a horror car crash.

Ronan had been terrorising Michelle, Ryan and Ali who he blamed for his son, Cormac’s death.

Wanting to protect his family, Ali made the split-second decision to off Ronan. He’s so far covered the crime up, but he’s going slowly mad with doing so – is he set to be the Street’s next serial killer to keep his secret?

Back in 1992 Corrie broke all our hearts when Liz McDonald gave birth prematurely to a little girl called Katie who died at just one day old.

Fast-forward 26 years and Liz’s ex-husband Jim McDonald turns up with ‘Katie’ in tow, claiming there had been a mix-up at the hospital and their little girl hadn’t died after all.

Fans were horrified at how disrespectful the show could be to such a moving story and the cast of Coronation Street, but it got worse when it turned out Katie wasn’t Katie at all, but in fact Hannah, who was dating Jim, and the pair were conning Liz.

When the truth came out, we all wanted to be Liz as she laid into Jim. And it doesn’t seem like there’ll be any way back for the McDonalds despite talk of another return for Jim in 2019.

Nick Tilsley and Leanne Battersby have been on and off more times than a cold tap, but it looked like it was well and truly over between them when Nick left Weatherfield without even a goodbye in June 2017.

However, just over a year later, Leanne was in a car crash and who should be her in-case-of-emergency contact? Nick, who was soon sitting by her hospital bedside waiting for her to wake up.

Leanne gave him short shrift at first, but in the fastest turnaround we’ve possibly ever seen, she forgave him on the basis of no more lies.

Of course, he was lying, and when his secret wife arrived, Leanne soon found out as much. Did she kick him to the curb? For about five minutes, and they’re due to be reunited before Christmas. How predictable.

Little Hope Stape’s behaviour has been getting worse of late, and with mum Fiz Stape at the end of her tether, Tyrone Dobbs has been trying to insist they get Hope specialist help. She’s been seeing a therapist, but is still acting out, and now she’s been excluded from school.

The problem is, it’s really the first time she’s been in serious trouble at school after biting another child, and now she’s being lined up to attend a PRU (Pupil Re-Integration Unit), which is completely unbelievable after just one incident.

Fans have blasted poor research, although in reality it’s because the story is actress Jennie McAlpine’s exit as she goes on maternity leave.

Ambitious Sally Metcalfe has been found guilty of fraud, money laundering, and bribery after being set up by vindictive Duncan Radfield.

She’s awaiting sentencing, but after a trial of errors, it’s sure she’ll go down for a long time.

From pretending to be ill to get the case adjourned, to forgetting where she was the night of her own birthday, and her sister being a not-very-helpful character witness, things were never going to go Sally’s way.

As a ‘Free The Weatherfield One’ campaign begins again, this ridiculous injustice is set to carry on way into next year.