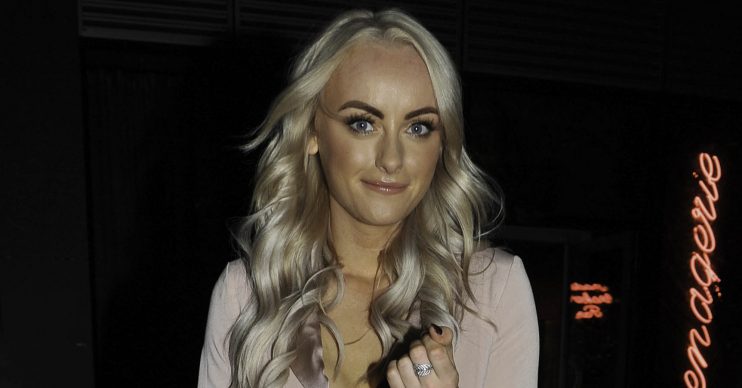 Katie on holiday with her best friend Lee!

Former Coronation Street star Katie McGlynn, who played Sinead Osbourne, looks stunning in a jumpsuit as she holidays in Mexico.

She captioned the post: @thaicancun you did not disappoint #faceplace #dontwanttoleave.”

One wrote: “You look gorgeous.”

Another said: “What a beauty.”

The former soap star is currently holidaying with her best friend Lee Bennett.

She stated they were getting some “definitely needed” winter sun.

Katie left the ITV soap last year as her character Sinead passed away from cancer.

Sinead was diagnosed with cervical cancer back in 2018 when she was pregnant with her son Bertie.

However she decided against chemotherapy until after her son was born, fearing it would hurt him.

Although last year she was told her tumour had shrunk and showed no signs of spreading, she later discovered a lump on her neck.

Sinead and her husband Daniel soon learned her cancer had spread and she didn’t have much longer left.

She died in October 2019 as Daniel read Bertie a story.

Since her departure from the show, Katie went onto play Tinkerbell in Peter Pan pantomime.

However she was forced to pull out of the show on the final week as she fell ill.

She revealed on Lorraine that she had passed out between shows and ended up in hospital.

Recently Katie revealed she wouldn’t say no to another soap and that she has had many “wonderful auditions”, including one for a big Netflix show.

Are you excited to see what Katie does next?