There's baby drama in next week's Coronation Street when Gemma goes into labour in a cable car, Emma is rushed to hospital, and David finds himself in court for attempted murder...

Gemma has her babies 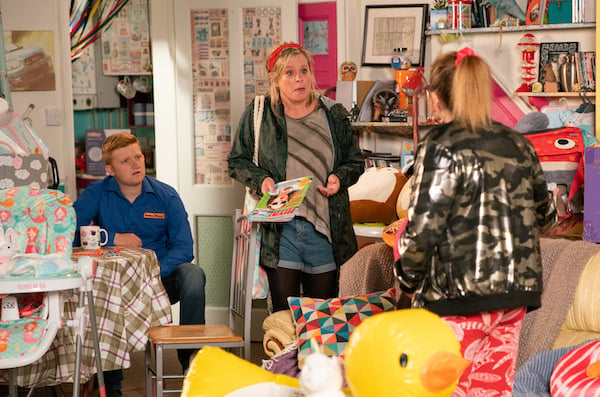 Gemma is horrified when she sees Bernie has painted Chesney as a love rat in her magazine interview about the quads.

After Sinead's death, Chesney realises life is short and asks Gemma to make a go of things properly. 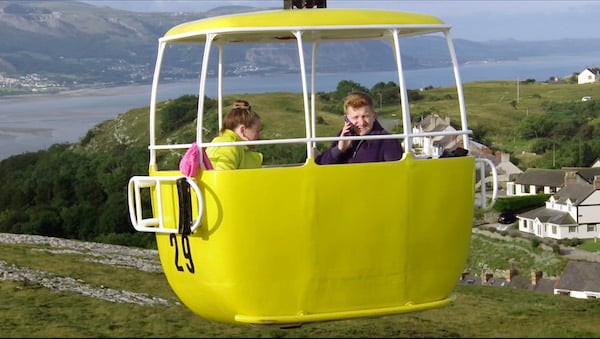 Chesney takes Gemma out on a day trip to Wales, desperate to get away from the press who are hounding them. 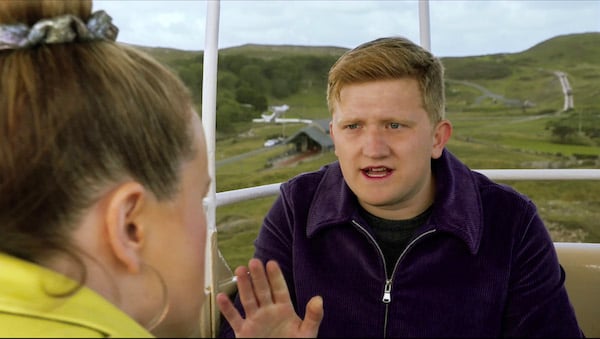 Chesney seizes the moment and decides to propose, but just as he gets down on one knee, Gemma goes into labour in the cable car.

Chesney pulls the emergency break as the cable car swings in the breeze. 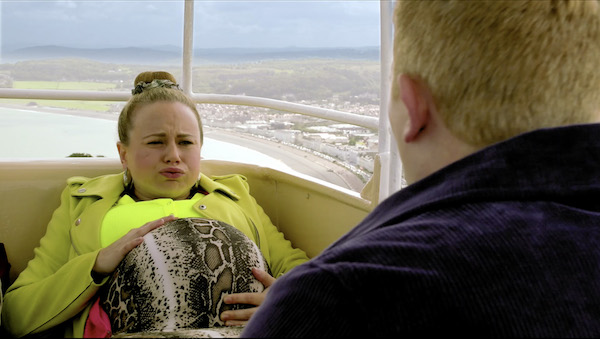 Will the babies be born in a cable car swinging in mid-air? 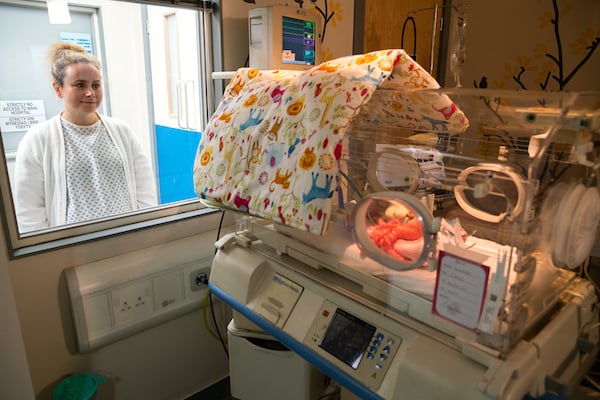 After the babies have arrived, Gemma eases herself out of bed and gazes at her four babies in awe.

As she struggles to get to grips with being a mum, Chesney is by her side offering encouragement. 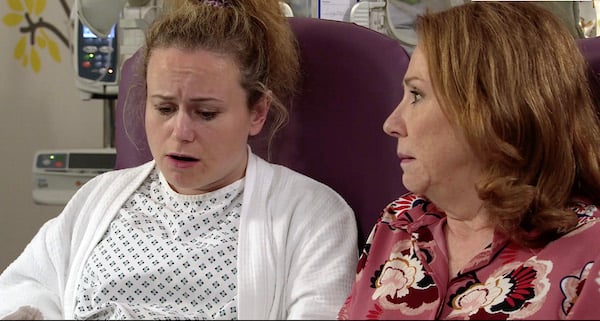 Later, Gemma is upset when doctors tell her she is ready to go home, but the babies have to stay in hospital in Wales.

Bernie adds to Gemma's stress levels when she creates an Instagram account for the babies without getting Gemma's blessing. 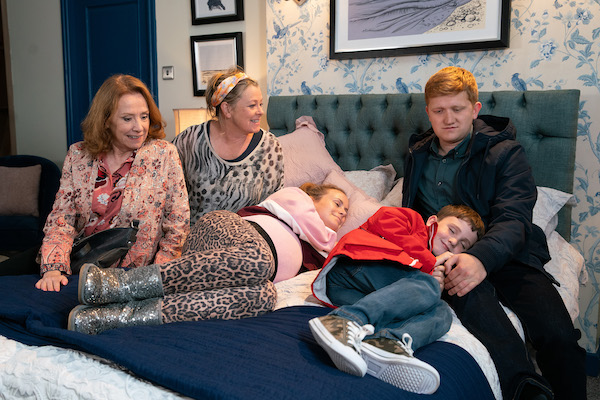 Cathy helps out, though, when she tells Gemma that she has used the quads Instagram account to get the family a free room at a swanky hotel near the hospital - all they have to do is let the hotel use the 'Cable Car Quads' in their advertising. 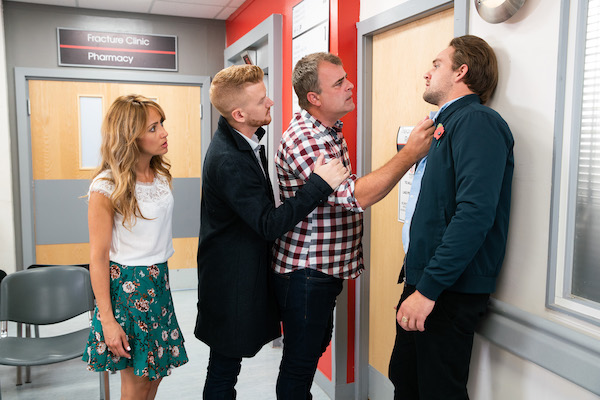 Emma is rushed to hospital and Steve is told she has a ruptured appendix and needs an emergency operation.

Steve is furious when he discovers Ali told Emma she just had food poisoning and accuses him of medical negligence.

David's back in court 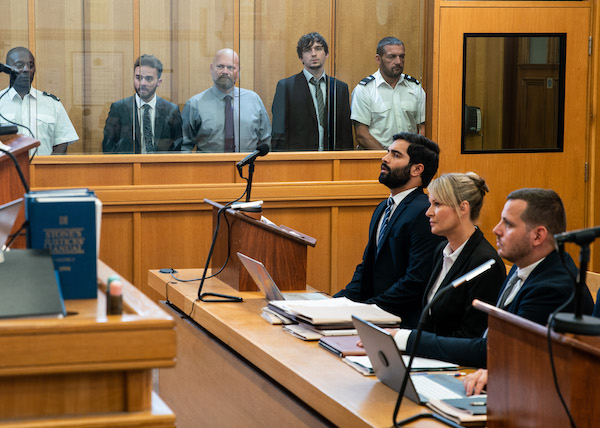 David's court hearing for Josh's attack doesn't go well when he pleads not guilty to attempted murder and is refused bail.

Gail calls a family meeting and tells everyone they need to pull together for David's sake. 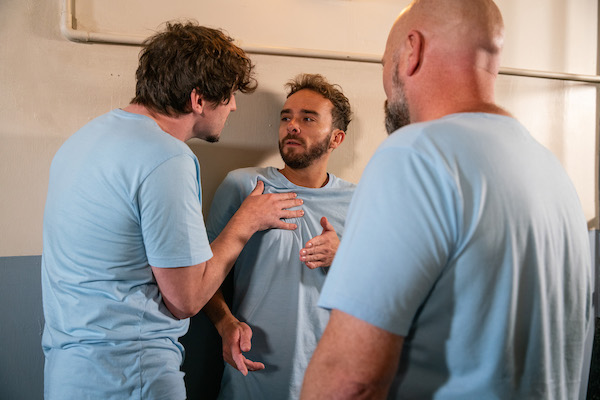 David's attempts to get Abe and Tez to come clean about Josh's attack fall on deaf ears.

He is left with no way out when the pair threaten Max and Lily. 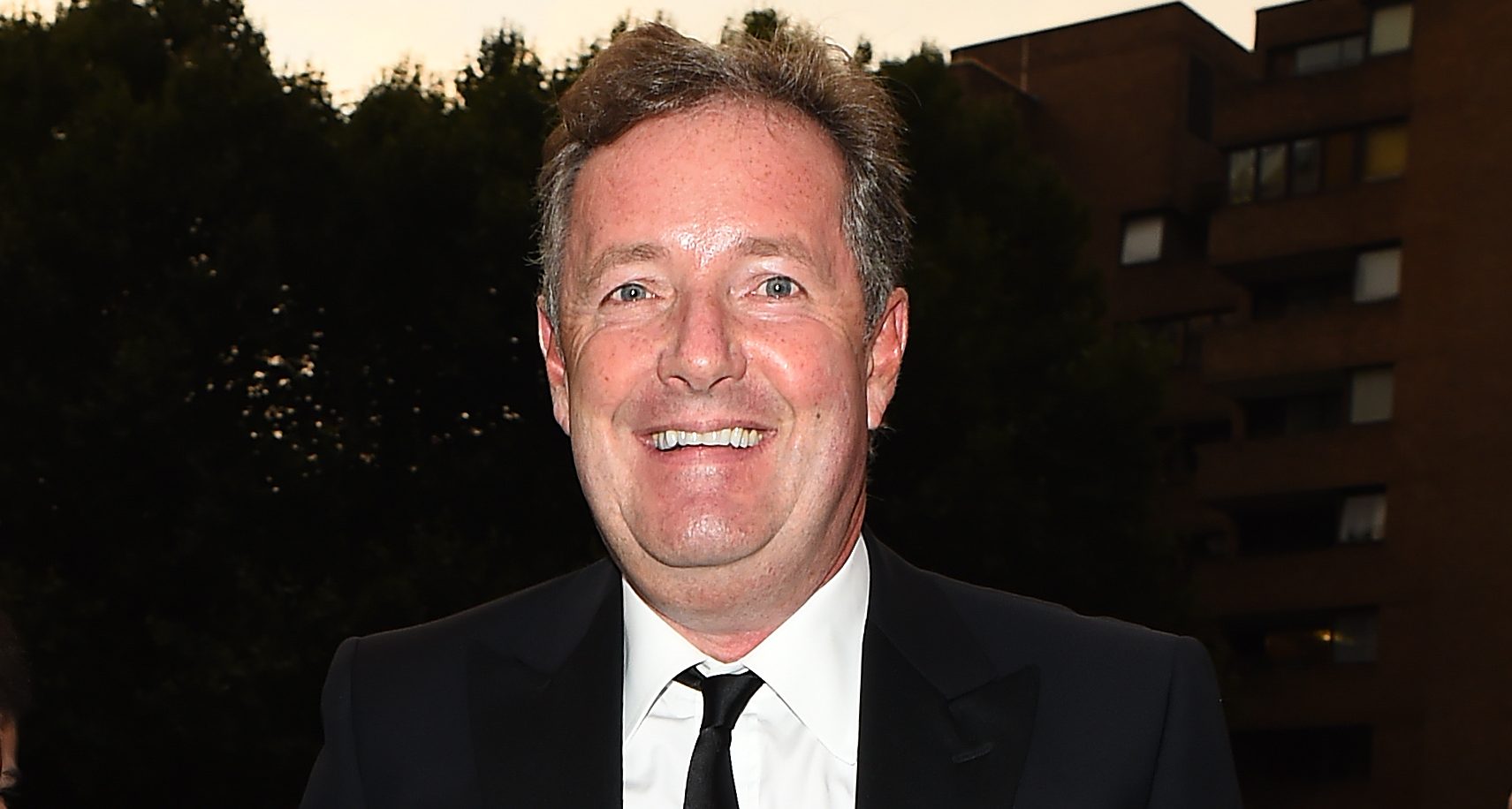