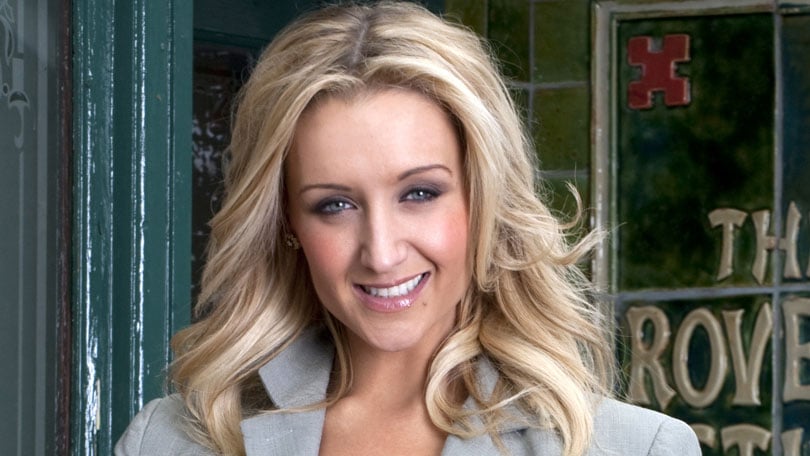 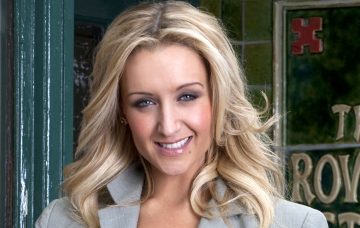 In one of the most heartbreaking Coronation Street storylines ever, viewers saw Eva Price give up her baby earlier this year.

Soap fans couldn’t believe it when the lovable barmaid handed over her baby to Toyah Battersby in emotional scenes that aired in April.

But now the feisty blonde has realised she wants her baby back – and will stop at nothing until she gets her back!

It’s been a tear-streaked year for Eva…

First she discovered she was pregnant with her ex-boyfriend Aidan Connor’s baby, then she made the tough decision to have an abortion.

After a heart to heart with Toyah, however, she agreed to carry the baby full-term and hand it over to Toyah and Peter after their own surrogate miscarried.

All this behind Peter’s back, who knew nothing about the deal.

When Aidan took his own life, Eva – who had still been secretly in love with him – was devastated and knew her baby was the last link to her former boyfriend.

The baby, named Susie, is about to become the subject of a fraught custody battle when Weatherfield discovers she is actually Eva and Aidan’s daughter.

After Aidan’s death and seeing the bond between Eva and baby Susie, Toyah comes clean to Peter – who hits the roof.

But there’s more drama set to rock the Street as the Connors discover the truth and vow to fight to keep Aidan’s offspring.

In a new interview printed in the Radio Times, actress Catherine Tyldesley reveals what’s in store for her character Eva.

Explaining that Eva’s maternal instincts have kicked in, Catherine admits that she’s gutted when she discovers the Connors want custody.

She says: “She is completely shocked because when she first talks to Johnny he seems to react quite well and she thinks everything is going to be okay, but she is unaware he is hiding this overwhelming anger towards her.

“But Eva is her mother’s daughter and a fighter – she can give as good as she gets which surprises Johnny.”

Catherine adds that Eva is more than ready to fight for her daughter.

She adds: “Eva is so ready, she has already given her up once she is not prepared to lose her little girl again.

“She is ready to play hard ball, much to everyone’s shock. If it was me, nobody would ever take my little boy away. I would stop at nothing.”

Who do you think should get custody of baby Susie? Leave us a comment on our Facebook page @EntertainmentDailyFix and let us know what you think!