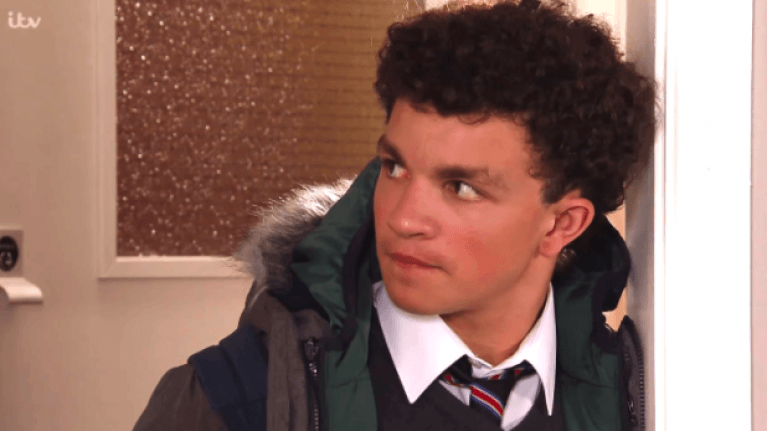 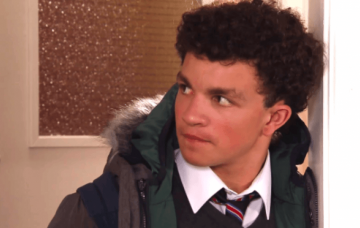 Coronation Street star Alex Bain, who plays troubled teen Simon Barlow on the ITV soap, has become a dad for the first time.

The 17-year-old’s girlfriend Levi Selby, 16, gave birth to daughter Lydia-Rose over the weekend.

Levi appeared to confirm the pair’s happy news with a post on Facebook revealing Lydia-Rose to the world – and friends and family were quick to offer their well wishes.

It is reported her mum Judith Calvert also commented on the social media site: “All I can say is my girl did herself proud.”

A source is said to have told The Sun both Alex and Levi are overjoyed with the new arrival.

“They’d had to deal with a lot and they’re both so young,” the unnamed insider is quoted as saying.

“But they’re absolutely over the moon – it’s the greatest gift they could have hoped for this Christmas.”

It is believed the young couple both sat their GCSEs earlier this year.

They have reportedly been seeing one another since April 2017.

Read more: Corrie’s Simon Barlow shocks everyone with plans to leave the Street

In August, Alex squashed rumours he and Levi had split – and also spoke of his joy about his upcoming fatherhood.

“I honestly cannot wait for my little baby girl to arrive!” he said on Facebook.

“I cant wait to have my own little family!”

Alex, whose soap character was terrorised by gang members over the summer, is expected to be part of an explosive upcoming Corrie storyline that could see the lives of Simon and on screen dad Peter hang in the balance.

According to newspaper reports, Peter’s will make a heroic attempt to save delinquent Si from a blazing canal boat fire, where the teen is below deck.

Alex has appeared on Coronation Street since he was just six years old and has bagged two Best Young Performance awards from the British Soap Awards (2011) and Inside Soap Awards (2012).