Beverley Callard has shared a precious moment with her social media fans... cuddles with her baby grandson.

She and husband Jon McKewan look proud as punch as they gaze upon the newborn, who has been named Noah, in a new picture.

"Oh he's a darling," she captioned the intimate family snap.

Jeffrey is very excited at becoming an uncle! 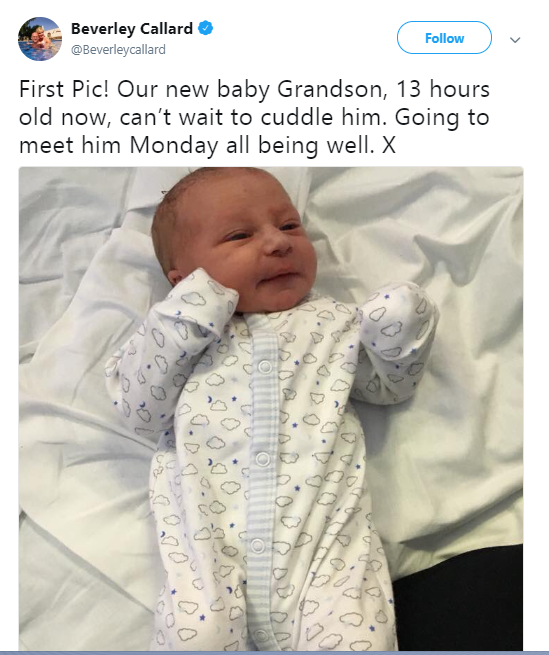 Earlier this month, Beverley took to Twitter to share two tender pics of the latest addition to her family, revealing that her step-daughter Danielle had given birth to a 'beautiful' baby boy.

The first image shows the gorgeous newborn at just 13 hours old, striking a laid back pose in a cloud-print babygro. 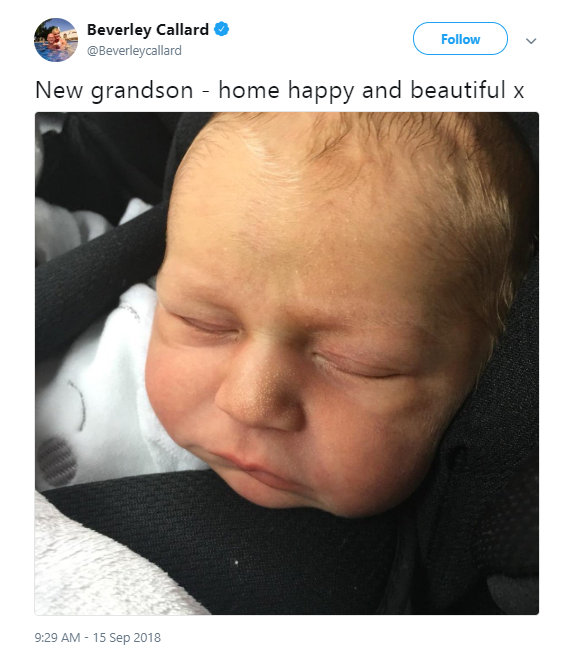 What a little smasher! (Credit: Twitter/BeverleyCallard)

Bev later shared another image of the angelic bubba on his way home from hospital, captioning it 'home happy and beautiful'. (And isn't he just - LOOK AT THOSE CHEEKS!)

Danielle is the daughter of Beverley's fourth husband, Jon, whom she married in October, 2010. Beverley has two children of her own, the actress Rebecca Callard, who is 43, and Joshua, who is 29.

And it would seem that it wasn't only Bev who was overjoyed with the news about the little boy - she also shared a picture of the family's dog, Jeffrey, looking very pleased to be told there was a new playmate on the scene! 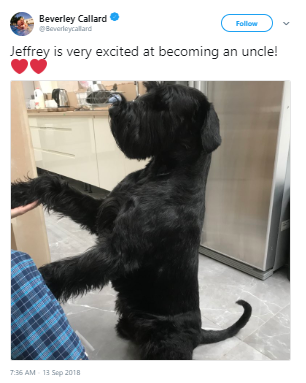 Jeffrey was thrilled to hear the news! (Credit: Twitter/BeverleyCallard)

She wrote: "Jeffrey is very excited at becoming an uncle!"

The arrival of the new addition is no doubt something of a welcome anecdote to Bev's Corrie role right now, given the dramatic baby-swap storylines she is currently embroiled in as Liz McDonald.

Viewers have seen Liz reunited with her presumed-dead daughter Katie, 26 years after she believed she had buried her following a tragic premature birth.

In jaw-dropping scenes, Liz's recently released from prison ex-husband Jim, returned to the Street with a girl he claims is their daughter. 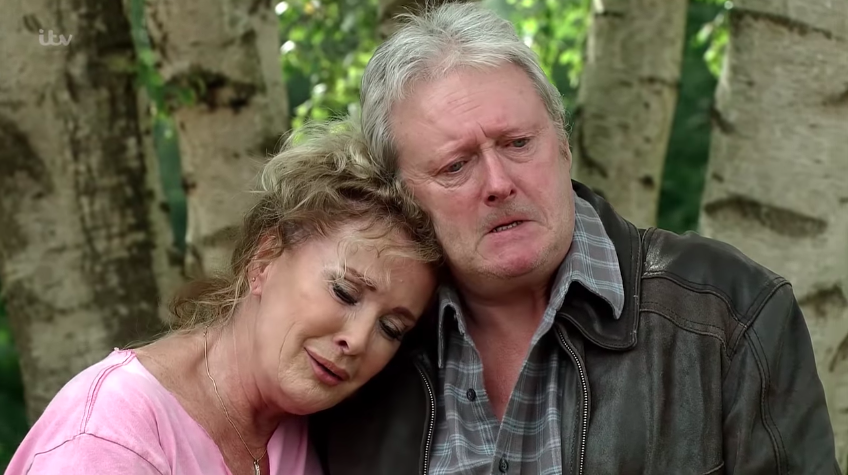 They'll be more tears when she finds out the truth... (Credit: ITV)

According to Jim, their baby was switched with another newborn during a hospital blunder, and their offspring is actually alive and well in the form of Hannah, who was adopted and raised in Australia... 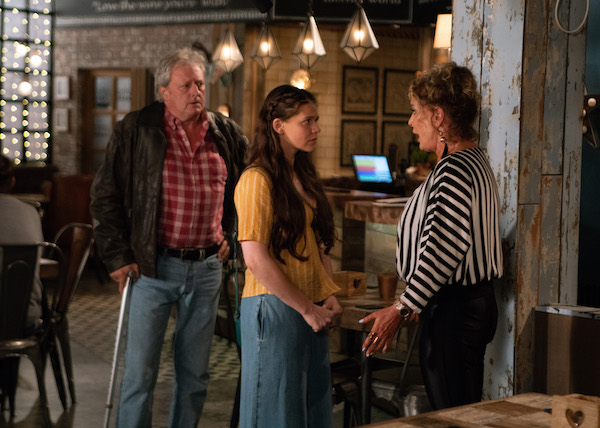 Of course, Hannah is no such thing, and is actually Jim's lover, and part of a plot to con Liz - something that is not going down well with viewers at all!

In fact, Corrie fans are so outraged by the current storyline, there have been calls for Jim to be MURDERED for the sick scam.

Which probably leaves Bev very revealed to leave the set at the end of the day and go home to her own normal, and newly extended family!

Huge congrats on the new addition, Bev and Jon.

Aw, we love seeing proud grandparents sharing new baby pics on social media, don't you? Did you announce your new family member in the same way as Bev? Leave us a comment on our Facebook page @EntertainmentDailyFix and let us know!