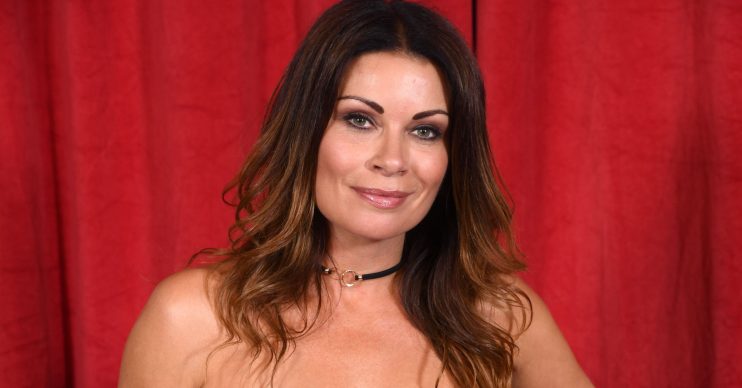 The actress, who has been playing soap fave Carla Connor on and off since 2006, apparently said yes to her mystery man last month.

According to The Sun, her Corrie co-stars are thrilled with the good news.

“Ali is so popular with everyone on the cobbles. They think it’s wonderful,” a source told the paper.

“The engagement is a lovely surprise. Ali is over the moon.”

Her new man remains unnamed as Alison appears to be deliberately keeping her personal life firmly under wraps.

“Ali has ­obviously endured heartache in the past. But she is hoping those days are now firmly behind her,” the source added. “She is very excited about what the future holds.”

They have a 10-year-old daughter, Daisy May Huckett, together.

Alison soap persona, Carla, of course is no stranger to heartache.

The larger than life character has been married four times, struggled with alcoholism and most recently suffered a psychotic break.

*EntertainmentDaily has reached out to Alison King’s representatives for comment.

What do you think of this rumoured engagement? Let us know what you think on our Facebook page @EntertainmentDailyFix.